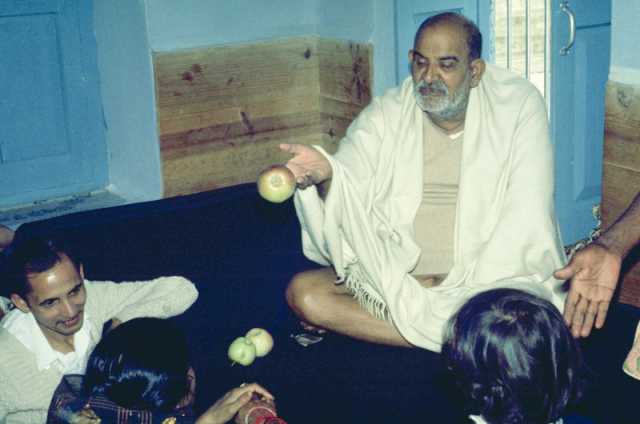 I first heard about Baba while I was teaching in Ghorakhal. One day in 1966 I decided to go for his darshan. As soon as I went into Maharaj ji's kuti, he said, "Come, Srivastava, come," and told the devotees present, "He belongs to Ayodhya. His father works in the Water Works Department."

Considering I had never met him before, I was surprised and impressed by his words. After that I went to Kainchi ashram to see him often, and each time the impression he left on me deepened.

My guru had initiated me into the Nanak Shahi mantra, and I recited it every day. Once, when I came to Kainchi to see Baba, I deliberately sat behind other visitors. I was having his darshan and simultaneously reciting my guru mantra. Baba called me to him again and again and gave me fruit.

After taking prasad from him, I returned to my place each time and started to repeat my mantra. At one point I said to him, "Baba you are giving me all the fruit."

Thereupon Baba smiled and whispered, "Because you were testing me. Now you go." Baba knew what was in my mind. I did not want to leave his company, but at the same time I wanted to restrain his influence on me because I was afraid that it might lessen my devotion to my own guru.