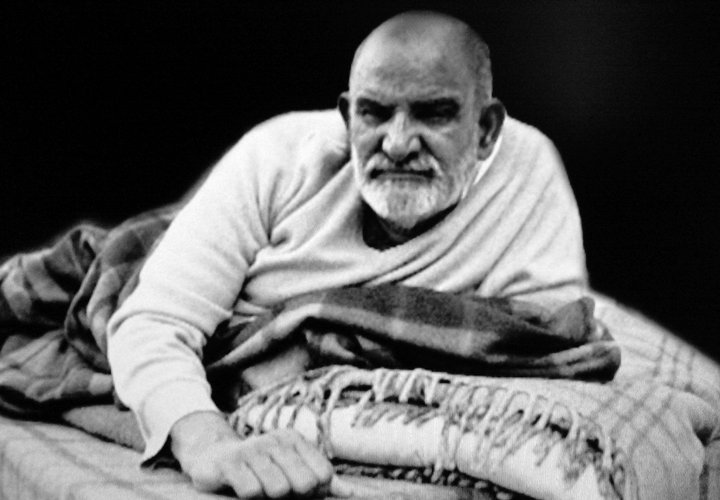 At the home of some devotees in Lucknow Maharajji was giving darshan to a large crowd. Outside Maharajji's room a sadhu recited the Gita in a loud, pundit-like voice while the man of the house cared for his sick cat nearby.

Maharajji shouted to his devotee, "What are you doing with that cat?" The devotee explained that since the cat was extremely ill he was warming it in the sun, and, further, he thought of taking it to the vet.

"It's a fact of nature," Maharajji said, "that cats don't need doctors. She's the property of Mother Nature; she'll be all right." He took a small sweet, saying, "Give her this."

Although the cat was so ill that it wouldn't even drink milk, it ate the sweet without hesitation. A minute later it leaped up and jumped on the sadhu, interrupting his recital. Then it bounded away. When the devotee came back into the room, Maharajji said, "Your cat is all right now? Animals cure themselves. When they're sick, they won't eat food. They'll find herbs and eat them."