Bhagwan Singh, known as Bhabania, was born in an obscure village of the Kumoan. Now middle-aged, he was well known to those who visited Babaji's temples at Lucknow, Vrindaban and other places.

The visitors who came to the Hanuman temple in Lucknow knew him as the most important person there—the priest who did his puja, presented offerings to Hanumanji, and distributed prasad to everyone coming to the temple. The rise of this illiterate boy—a 'non-entity' as he called himself—to the highest post in a celebrated temple happened before our eyes.

Many persons were jealous of this boy who, they felt, had no claim to the post, either by his merit, by family relationship, or by any service done to Babaji.

This caused a lot of heart-burning among some persons associated with Babaji's ashrams or temples.

They tried to hurt the boy and prevent his rise by all possible means, fair or foul. Babaji was unrelenting; he foiled all their attempts and secured for Bhabania the coveted place which he occupies now. 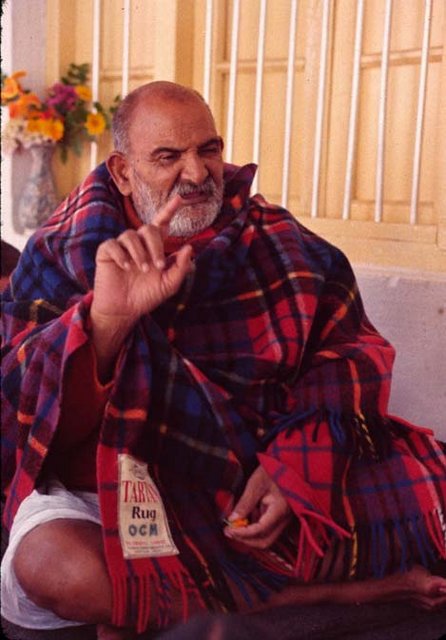