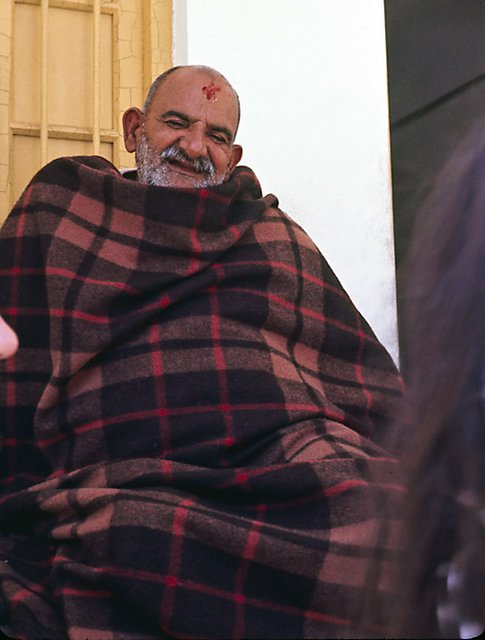 Gurus generally do not have any special favorite among their disciples or make any real discrimination among them.

To us they may appear to be partial or indifferent, but actually that is not so.

It is because, as Ramkrishna used to say, "Mother is giving more attention to the sick child."

Many of the children who come before the guru are very sick and get special care.

One morning while taking our tea, two cars came and stood at the gate. The old mother of the Maharaj of Vizianagrarn had come from Benares along with her staff.

She inquired about Baba, and when I said that he had left a couple of days back, the lady broke down and cried.

She said, "I need him very urgently. I have been awake for the whole night and have been driving since two. I have an appointment with the Finance Minister, Morarji Desai, in Delhi at four o'clock for talks about my estate, and I need Baba's help for that. What shall I do now?"

I said, "When your needs are so urgent who knows but that he may not return!"She agreed to wait. A cot was spread for her outside of Baba's room and taking her seat, she said, "So many Was of Babaji have taken place in this house, tell me something about them." It was about six when we started and she was fully engrossed in that. When Didi appeared with a glass of milk, she indicated with a gesture that this was not the right time for that. more than two hours passed in this way when the gate was pushed open and Babaji walked in, smiling. She fell at his feet, and said, "Oh, you have come. Baba, I need you very much."He said, "All right, come to my room." When he was in the room with her, he asked me to bolt the door and not allow anyone to enter as long as he was talking to her. At ten, the door was opened and Babaji asked Didi to feed her and the men with her. They had already been fed. When she was leaving, Babaji said, "Do not worry. You will reach Benares before two, and your son will easily take you to Delhi in his plane."The striking thing about the whole episode was how her cries for help reached Baba and how he responded to them. He came in a big car, a station wagon, driving the whole night from Nainital to reach her in time. The devotees accompanying him said, "Babaji reached Nainital yesterday at noon. He had come after many months, and we were hoping that he would stay for a few days. We had been sitting around him in the evening and listening to him for some time, when he suddenly got up and said, 'Get me a car. I have to go to Allahabad."'In this case, darshan was given to a celebrity. Many persons used to speak of his favor toward the rich. He used to enjoy the joke and say, "I am a Baba of the rich. I don't care for the poor."