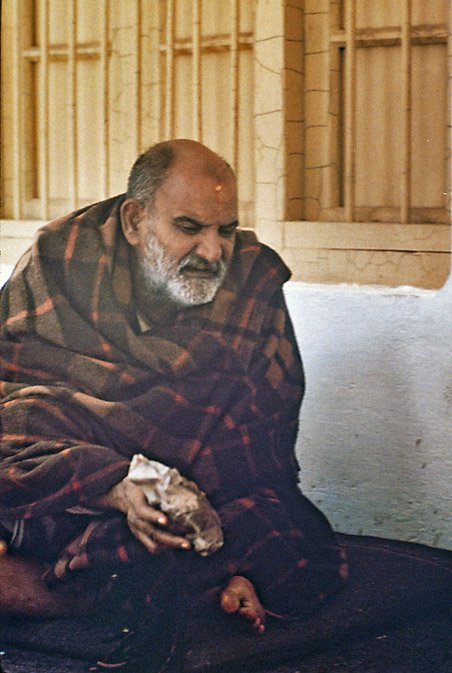 Babaji was talking about the sanctity of the prasad, saying,

"It is the way the gods show their grace to you; they can do miracles through their prasad.

But how can they do it when you do not have any faith in its sanctity.

For you, it is just like any other eatable which you are always pouring in your mouth.

When you do not accept it as prasad, how can you take the taste of it ?

You must not refuse when anyone offers prasad to you.

You may not eat it, but you can give it away to others.

But never refuse - that is an insult to the deity who has sent his prasad to you through someone's hand."

While talking like this, Hubbaji noticed that there were some particles of the jagannathji prasad which had fallen from someone's plate onto the ground.

Babaji picked it up, gave him one part of it and put the other in his mouth.