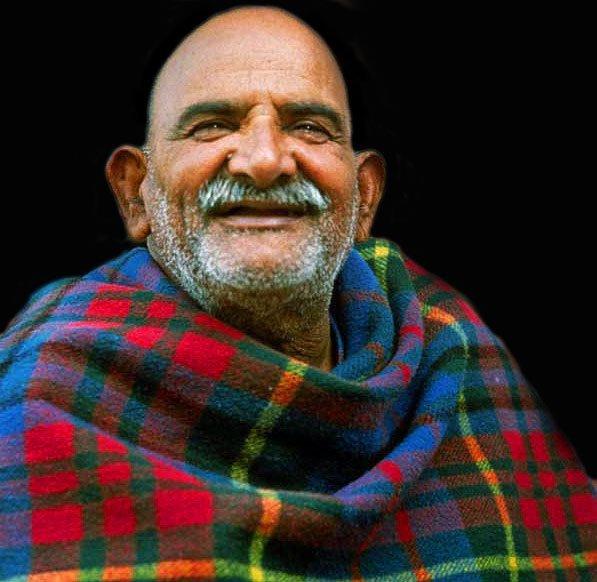 Some of the devotees whose stories Dada tells in this book were captured in pictures for us to see; others left no visible trail but their interactions with Maharajji are vivid in our minds. Reading these stories of Maharajji and his devotees, one can't help but sense something from a place and time just outside the reaches of memory.

Where are they now, all those people who were drawn to him, who came to him and then left on the next bus, back to their homes in some distant corner of the world? I remember the faces of hundreds, maybe even thousands, of his devotees who passed before my eyes as they walked across the stage, but there were so many more whose faces have been dissolved in the river of time, and many whom I never saw at all. What happened to the young widow and the sick child who came for blessings? Where is the proud priest who was caught stealing and sent away, but not before Maharajji slipped him a few rupees for his family? Where are the old Mas from the mountains who would cry and sing out their love and devotion, dressed all in white and bent with age? Where are the children who used to walk twenty miles from their village just to get a meal at his temple, and turn around and walk all the way back? He knows. He knows where each and every one of us is, because even though we may leave him, he never leaves us. For the great Puppet Master, no one is ever lost. In his hands he holds the strings that are attached to the soul of each and every one of us. No matter where we go, what we do, no matter whether in this body or a new one, we are attached to him by cords of love that can never be broken. He fills all space and time and we find ourselves, again and again, where we always were: here, in him. Krishna Das New York, NY April 21, 1996