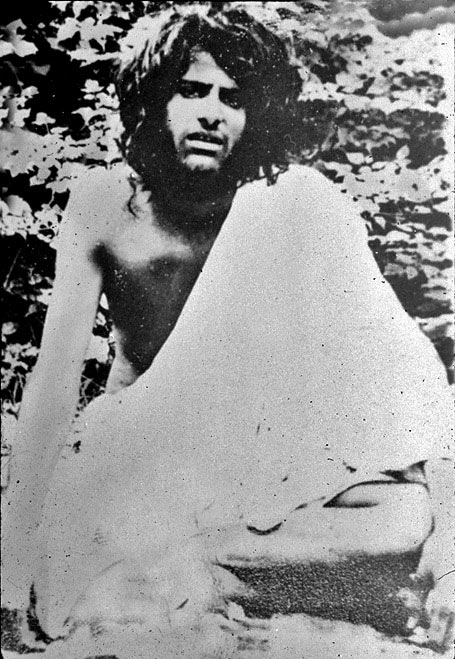 Eventually some Indian travellers suggested to those foreign authorities to request the sadhu Maharaj to board the train and then only it would move. They fretted and fumed and at last decided to try allowing the sadhu to travel by train. They went to Babaji, apologized and requested Him to board the train. The jovial Baba said "if you say so, I will oblige you." As soon as Babaji entered the compartment, the train started moving.

"And on account of that incident, the village of Neebkarori, one of many insignificant villages of India, became famous in no time.

"After having stayed for a long time in this village when the above-mentioned Baba Lakshamandas left it; he bore the name Baba Neebkarori or Baba Neemkaroli.

"After the incident each and every train passing by that village stopped there for one or two minutes. The residents also travelled to Farrukhabad by train (even without ticket). In due course of time, Neebkarori station was also built. Now right in the center of the village a flag station named Lakshamanadas Puri has been made. This is only one among many wonderful lilas of Babaji.

"In Uttarakand, instead of Baba Neebkarori, Maharajji is addressed as 'Neemkarori wale Baba' or Baba Neemkaroli. But being indifferent to his fame, Babaji never tried to get this distorted form of His name corrected. Afterwards, many people began addressing him mostly, as Neemkaroli Baba or Babaji or Maharajji..."