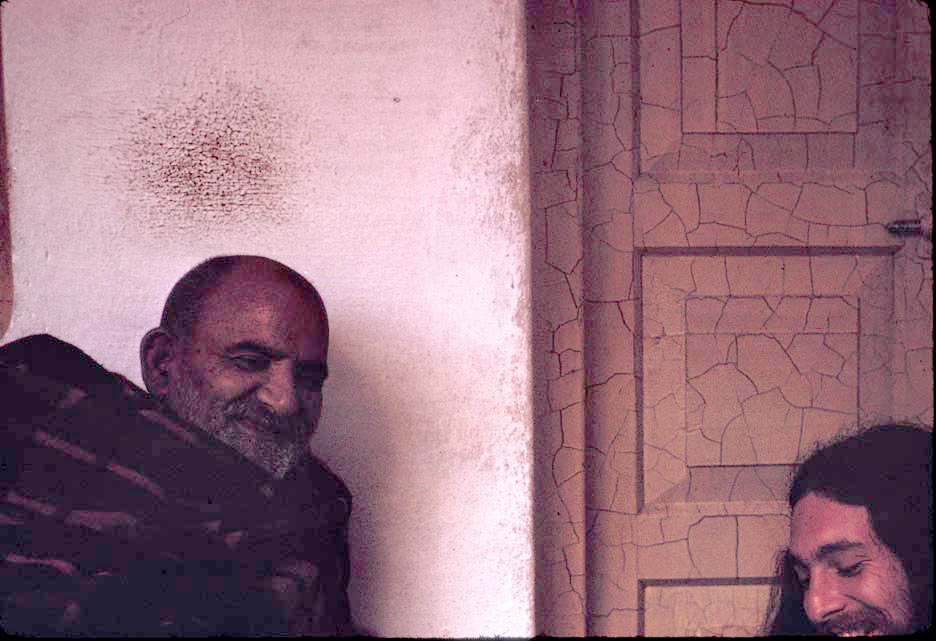 That prompted me to tear the wrapping off my Yoga of Chant DVD and see what was inside. As the music and the simple devotion it conveyed filled my empty heart I found myself weeping; and was hooked. I bought tickets for Krishna Das's concert at Piccadilly Circus, London and found myself face to face with Krishna Das just before the show and spewed a string of words to him that must have made little or no sense to him! His response to my muddled gibberish was a sort of bemused compassion. He is obviously used to euphoric crazed beings!

I also had tickets to his workshop the next day at St. John's Wood.When the chanting got over I made my way to the exit only to find it pouring outside. I had come without an umbrella. Well clearly Maharajji had business for me inside and I returned. I noticed people lining up to talk to Krishna Das and joined the queue. I asked Krishna Das if there were people in London who had been close to Maharajji and then something prompted me to ask him if he knew an uncle of mine who had been very close to Babaji.

When Krishna Das realised I was Jeevanda's neice searching for a satsang he told me to return home to my uncle immediately without losing time. He urged me to meet Jeevanda and Siddhi Ma while I could. I left that day knowing that I had to reconnect with my uncle whom I hadn't spoken to or thought of in the last 30 years till I mentioned him to KD. This is what Maharajji's plan for me was and KD was his instrument to convey this to me!

KD gave me a stack of his CD's when I asked him to suggest a CD for me which best captured the Kainchi prayers and arti. As he refused any payment for them I found myself returning all of them and keeping just One Track Heart as my own barriers and smallness kept me for accepting prasad that was coming my way by Maharajji's grace. How I regret that! Everytime I have tried to pick up those CD's on the internet they have been out of stock! And Maharajji chuckles.....