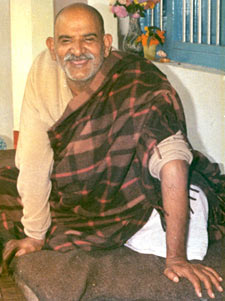 In the summer of 1999, coinciding with Sri Gurudat Sharma's 3 month visit to Maharajji's Taos Ashram and for satsang in America.

After many months in India from August 1998 until May 1999 researching, photo-taking and content gathering, with guidance of Indian satsang, this site was originally launched at the URL neemkarolibaba.com.

In 2010, the site was moved to the URL maharajji.com. At that time, an extensive upgrade of the core tech was done.

Also See Below: "What is the history of Maharajji's Global Site?".

I have a story about the influence of Maharaj-ji's lilas in my life. Will Maharaj-ji's Web site post letters (emails) from people with past or current experiences? 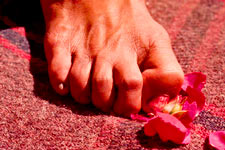 One of Maharaj-ji's western devotees said, "Maharaj-ji's greatest miracle of all just might be the miracles He has been doing in peoples lives since He left His body."

We encourage you to send your stories.

The maharajji.com site accepts submission of some of these stories (we call these "lilas" or "experiences") for posting on a limited basis through the online contact form, here.

Can I email maharajji.com with Requests to Stay in Maharajji's Ashrams? 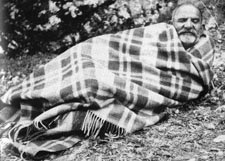 No. Sorry. That is not possible.

It is mandatory that you contact each ashram directly. Many of Maharajji's ashrams have no facilities for visitors can stay. Arrangements must be made with the manager of each ashram.

I sent an email to maharajji.com, but nobody ever replied to me. Why? 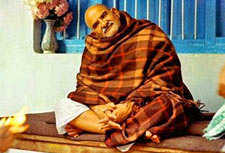 How can I go about getting a letter of introduction to Maharaj-ji's ashrams in India? 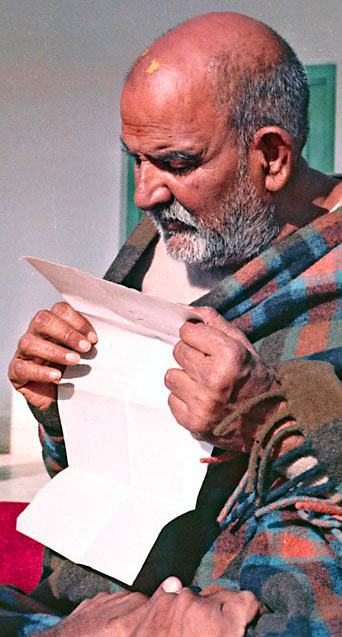 There is no one way to Maharaj-ji's ashrams. The principal reason that you would want a letter of introduction is so the people who run the ashrams in India know that you are aware of the etiquette, customs, and practices within these ashrams, if you wanted to actually stay within the walls of the ashram at night.

At this time there is no official answer to this question. It is all the lila of Maharaj-ji. Perhaps you might check with some of the ashram managers and people mentioned on this Web site. Each ashram varies to some degree in the acceptance of Maharaj-ji's Western Devotees staying at the ashrams and under what conditions.

Some of Maharaj-ji's ashrams are more open than others. Westerners aren't permitted to stay in several of the ashrams. All of the ashrams are to some extent "seasonal" for Maharaj-ji's westerner devotees. Some of Maharaj-ji's ashrams become very cold in winter and actually close the doors to visitors; even shutting the doors to the temples during such time. Some of the ashrams become very hot. Some of the ashrams have very strict rules while some seem to give more latitude to Western devotees. Ashrams are not for sightseeing and sightseers. Ashrams are not hotels. There is a different purpose to ashrams. In general, one would want to stay at an ashram for darshan of Maharaj-ji or another saint, practice such as arati, practical service to the ashram, austerities, and to remove oneself from the world to re-center and "re-charge one's batteries", so to speak. There are some important rules to observe at Maharajji's ashrams. There are people who have spent some time in some of these ashrams in both the recent and distant past. These people will help you get there, with letters or whatever, if you really want to go there.Thanks to Durga for her help in writing this.If you came to Maharaj-ji with an objective, He would not accept you. But if you were innocent and open and loving, He took you right in. - Gurudat Sharmaji

Text and photographs materials on this site that are unique to this site are as shown in copyright notice at bottom of page. Items on this reporting / directory / portal site may never be used for commercial purposes. Items on this web site contain book report materials for materials copyrighted by others - excerpts have been provided as a guide to the books and experiences. In some cases, this site relies on fair use provisions of USC, including § 106, §106A, § 107 - Limitations on exclusive rights: Fair use

Is my contribution to maharajji.com tax deductable in USA? 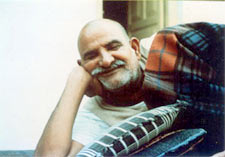 No. Not at this time.

What are contributions to maharajji.com used for? 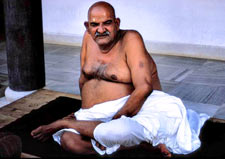 To help support maharajji.com. At times, received contributions have been passed on to Maharajji's ashrams in India and America.

What About This Gallery of Photographs of Maharajji?

These photographs of Maharajji were taken by Balaram, Rameshwardas, Yellow Krishna Das, the Marcus family, the Barman family and others. The first gallery of about 100 photos of Maharajji were scanned by Jai Ram and posted on this site (originally neemkarolibaba.com) when it went live online in 1999. Later, Dasaratha gave his large album of photos of Maharajji to Jai Ram for scanning and a group of 180 high quality photos taken by Balaram was donated for posting. This brought the gallery to about 350+ photos. In 2004-2005, Mohan Baba did a wonderful seva of gathering and scanning a very large number of original photos of Babaji posted on imageevent.com. Jai Ram has continued to collect and scan photos up until the present.

The new gallery on maharajji.com is a collection of the photographs from the above sources as well as individual scans made and contributed by others.

Curation of this current gallery uses the file-naming system of “Maharajji-1”, “Maharajji-2”, etc., to standardize these photos in order to eliminate duplicates and account for variation due to modifications made by some devotees. Many of the digitized photos of Maharajji out there have been a) cropped, b) color and exposure values shifted or changed from color to black and white, c) in some cases, flipped from left to right and d) compressed to smaller sizes.  This gallery represents the best version of each photograph that is available at the time. In future postings, variations of the same photo worthy of inclusion will be given one or more additional characters, such as "Maharajji-1a", etc..

Some of the photos in this gallery have been “developed” to enhance them for online viewing and printing, but in general the photos have not been massively reworked. Cropping has been done to some to remove the areas outside the image area. Particular care has been take to not crop out any areas of Maharajji’s body. Some scratches on the photos have not been removed because retouching might alter the original likeness of Babaji.

Beginning in April-May 2013, about 2000 digited photos collected over a span of many years were processed looking for duplicates and variations. During this difficult process almost 800 photos were found and removed. As part of this process, and before filenaming, photos were put into a rough order based on groupings such as photos clearly taken at one time or location or the categories of the final gallery.

This gallery went live on maharajji.com on June 6, 2013 with 1312 photographs of Maharajji.

What is the history of Maharajji's Global Site?

The original site was published in very simple form on a geocities.com site by Jai Ram in 1997. Printouts of the site pages were carried to Mataji in India by Sadhu Ma in early 1998. Mataji sent a message back saying that for Jai Ram to do this site work for Maharajji, he must "come to the source. That is exactly what happened.

After Jai Ram and Radha returned to America with Gurudat Sharmaji, to begin his three month USA yatra, in May 1999, the final pre-launch work was done on the site. The materials at neemkarolibaba.com (now maharajji.com) were first published on the Web in July, 1999.

Materials have been continually added to Maharajji's Global Web site since 1999 - including video and audio of Maharaj-ji, many more photographs, additional stories and books. Many people also came, in America, and brought materials or stories that were incorporated into the Web site.

Version 4 of neemkarolibaba.com was an upgrade that took several years to achieve. Radha Rani became ill with cancer in 2007. Jai Ram and Radha moved from Taos to India for her treatments. Unfortunately, Radha Rani died on January 1, 2009. During the time of Radha's treatments, neemkarolibaba.com was continually beseiged by attacks from malecious hackers, which Jai Ram and the server wallahs defended against successfully many times. Finally, by around October 09, the hackers even managed to take the site down completely for about 6-8 months.

In October 2011, Jai Ram and sevak Urvashi began a project of moving all of the remaining content in version 4 into version 5. This work continues to this day.

Maharajji's site continues to be updated, polished, corrected, formatted, adjusted, and added to, here and there, bit by bit..., by Maharajji's Grace.