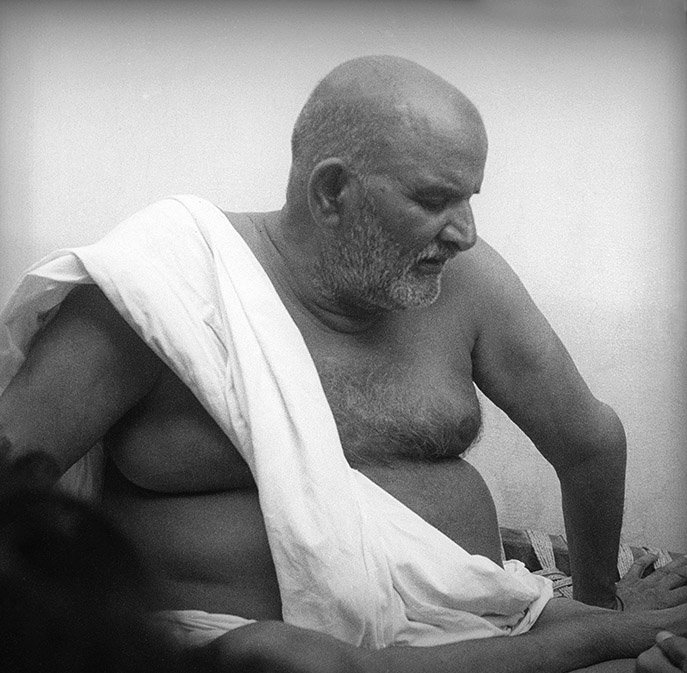 There were many devotees—not educated or literate—who used to know him only as Chamatkari Baba—the Baba of miracles. Since we had come to know him, we were experiencing miracles one after another. One year there was a very heavy flood of the Ganges and the Jamuna Rivers at Allahabad. Floods are a yearly affair during the rainy season, but that year the flood was devastating, even the fort at Allahabad was damaged.

There is a Hanuman mandir on the bank of the river, and every year the murti goes under water. As the water recedes, Hanuman ji comes out, little by little, covered with mud and debris. The pujaris take some days to clean him. But that year the flood was so severe that there was danger that the entire mandir might be washed away.