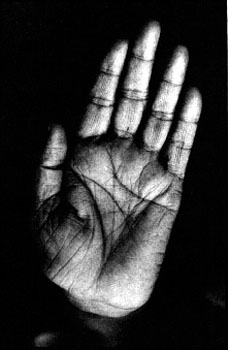 We are not following the guru; the guru actually is following us.

I say this because I have found it in my own life, my own personal experience, and I have seen it in the case of others, too. Babaji came to me himself, unsought, unknown. I had no need, no desire, no idea, but still he forced his mantra on me. I came from a village in Bengal, which is now part of Bangladesh. We belonged to the landed property class and the income from our property was sufficient for the maintenance of the family, but there wasn't that much coming from it.

We had in the India of those days the joint family system: father, mother, grandfather, grandmother, uncle, aunt, children, all living together—a very big family. I was a small boy in that village in 1928, and I had the sacred thread ceremony. Just a few months after that my father died.

I had finished my village school education and the question was where I was to go for further study. Had my father been alive, we could have moved to some town or city where he could have earned money for this purpose, but now that was not possible. So I was sent to Allahabad to the home of a maternal uncle—the joint family system providing help and support. I read for exams there and after high school my uncle wanted me to get a job and earn money, rather than continue my education.