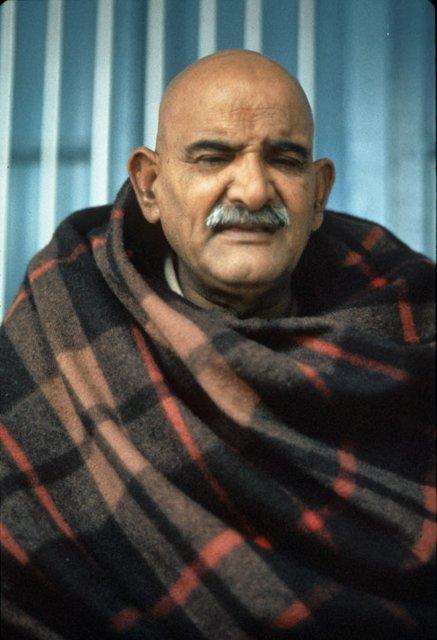 When I returned, I found that Babaji had taken the bedsheet from my bed and wrapped it around himself. Maharajji held the sheet tight and said, "You never give me this. Do not snatch it away." I said, "I will not." So the shaving began. The greatest difficulty was that Baba would take the mirror in his hands and make faces in it. The old and expert barbers knew how to deal with this, but the young man in a hurry was having trouble.I said, "Baba, sit straight and let him shave you" But he kept moving and there was a cut. The barber was upset.Maharajji said, "What is that? What is that?""Of course, it is a cut. This is what you have done. The poor fellow is embarrassed; he feels it is his fault. It is yours. You would not allow him peace to shave you "Some alum was put on - it was only a small cut. The barber finished and went away. Babaji asked me, "Dada, will the hair grow here again".Buy: By His Grace: A Devotee's Story