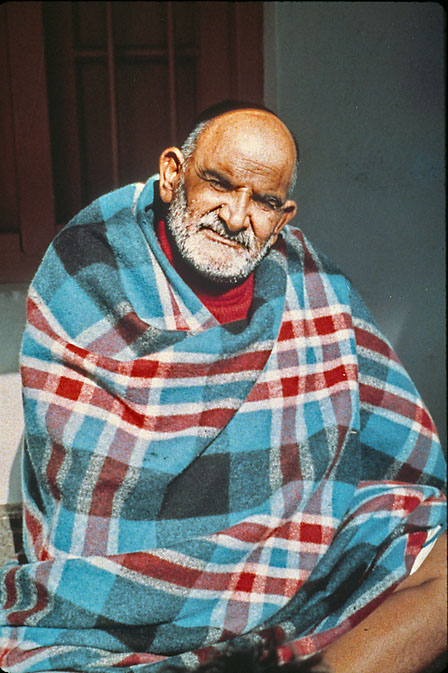 After the Kainchi ashram was built, Babaji began spending the summer months there.

In 1964, when some devotees were going there, I was asked to accompany them. I explained that I had to stay back because Babaji might visit at any time.

When the devotees got to Kainchi, Baba asked what my reply had been when invited to come to Kainchi. Then Babaji said, "Dada cannot leave his house because of my unscheduled visits. But those who are near to me do not bother about me." In May 1966, we received a letter from Babaji, who was already in Kainchi, asking us to come as soon as the university closed. Didi and I reached there within a week. This was our first visit. Babaji was waiting for us in his room.

While sitting with him, a devotee brought a basket of various kinds of fruits from his garden. Babaji took out some of the fruits and showed me which I might eat and which I should avoid. After I had my tea and prasad, he took me around the ashram.

It took only a few days to get acquainted with the routine going on in the ashram. After getting up early in the morning (we did not know if Baba slept at night or not) and finishing his toilet, Babaji would take a little tea, which was actually more milk than tea.

At about eight o'clock he would come out and give darshan, either to groups or to people individually in his small room or visit this and that part of the ashram. After giving darshan and meeting people, Babaji would retire for his bath and food at around eleven o'clock.