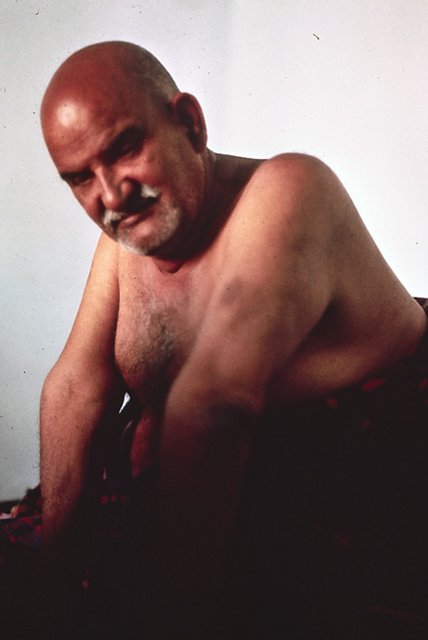 People always got angry and annoyed because Babaji so frequently said, "Jao!" [Go!] to them. But there was usually some reason why he did not allow them to stay longer. It was better not to try and guess what the reason might be.One winter in Allahabad he was giving darshan and the whole room was full. A certain officer in the Accountant General's office entered and took his seat in the rear. He had heard about Babaji from some of his fellow officers and was very curious to come. After a minute or so, Babaji said, "jao!"

He replied, "No, Baba, I am not in a hurry. I shall sit here for sometime.

'' No! You must go" Babaji was insistent.

The officer was unhappy. Everybody was looking at him, so he stood up reluctantly, wondering about this Baba. Then Babaji said, "You came on a cycle?""Yes. ""All right, return by the same way that you came."

The man didn't understand, but he went.

The next day he returned and said, "Baba saved the life of my son. After I left, my small boy went out with his cycle and collided with a scooter. He was lying more or less unconscious there on the road, the same road. I picked him up and took him to a doctor."Buy: By His Grace: A Devotee's Story