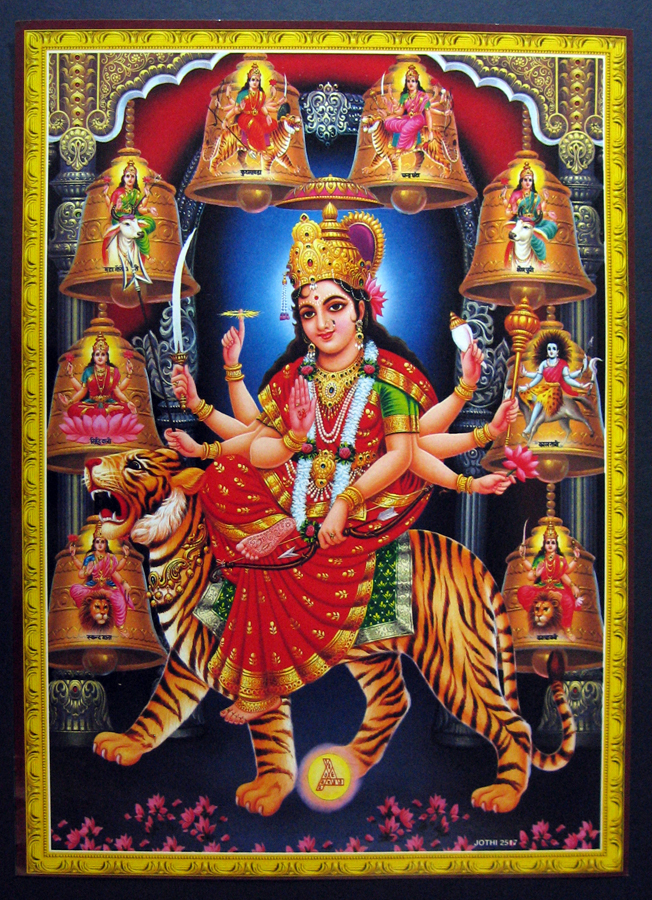 Navratri (Sanskrit:नवरात्रि) is a Hindu festival of worship and dance. It is the largest festival of Nepal.

The following 9 forms of goddesses are worshipped during these nine days:* Durga, * Bhadrakali, * Amba or Jagadamba, * Annapurna, * Sarvamangala, * Bhairavi, * Chandika or Chandi, * Lalita and * Bhavani.

Navratri is divided into sets of three days to adore three different aspects of the supreme goddess or goddesses. First three days - The goddess is invoked as a powerful spiritual force called Durga in order to destroy all our impurities, vices and defects. Second three days - The Mother is adored as a giver of spiritual wealth, Lakshmi, who is considered to have the power of bestowing on her devotees inexhaustible wealth. Final three days - The final set of three days is spent in worshipping as the goddess of wisdom, Saraswati. In order to have all-round success in life, believers seek the blessings of all three aspects of the divine femininity, hence the nine nights of worship.

During Navratri, some devotees of Durga observe a fast and prayers are offered for the protection of health and property. A period of introspection and purification, Navratri is traditionally an auspicious time for starting new ventures. On the tenth day of Navratri in October - the holiday of Dussehra, an effigy of Ravana is burnt to celebrate the victory of good (Rama) over evil.