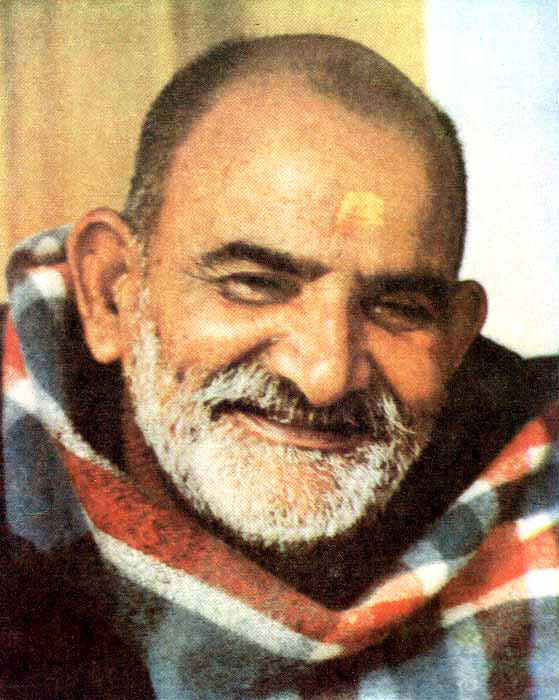 Shrimati Champa Sah of Mallital, Nainital, said that in spite of the fact that she had no faith in sadhus, Baba was kind to her and changed the course of her life.

When Baba first came to Nainital, his glory spread in each house.

Champa Sah had his darshan once or twice, but she did not find any change in her attitude towards sadhus. However, she saw a photograph of Baba in a devotee's house and wanted to have one herself. She tried to get one through people known to her, but she failed.

During the Nanda Devi festival, she took the necessary things for puja with her and went to the temple to worship.

On her way back she saw a young boy with one photograph of Baba. Showing it to her, he asked, "Do you want to buy it?"

It was just what she had been trying to get for many days.

The boy wanted one and a half rupees for it. She gave the money and looked at the photograph with great joy.

When she looked towards the boy again, he had disappeared. She wondered who the boy was and thought about the fact that he had only one picture of Baba.

She also could not understand how he had come straight up to her to sell it. She placed that first photograph of Baba in her prayer room, and after the installation of the photo, all comforts and prosperity increased within her family. Her thoughts also began to change, and her faith in Baba strengthened day by day.