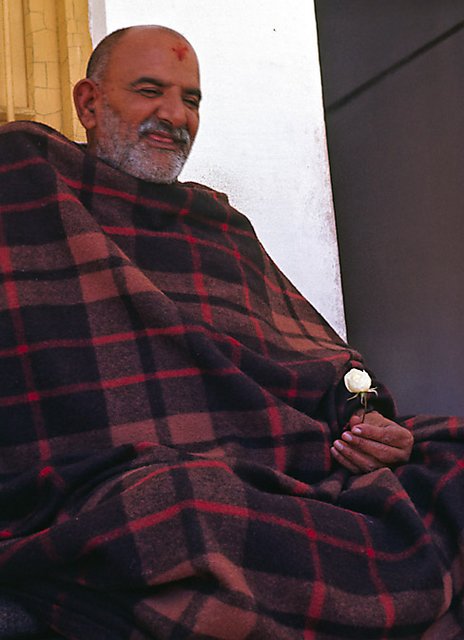 Suraj Narayan's seven-year-old son, Gopal, went to Varanasi with his uncle Daya Narayan Mehrotra and a young servant named Lala and stayed at the home of the Maharaja of Vijayanagaram.

There were communal riots in Varanasi at the time, and a curfew was in operation.

During the night the two boys contracted a high fever.

Daya Narayan was very anxious, for there was no possibility of treatment.

They were surprised to receive a parcel the next day with only a flower inside. The sender's name written on the parcel was Baba Nibkarori.

Daya Narayan put some petals from the flower on Lala's forehead and the remaining flower on Gopal's chest. Doing this caused the two children's fever to come down.