This remote mountain temple was begun many years ago by Maharajji.

It appeared that the work was incomplete without the temple of Babaji Maharaj. So, by the inspiration of Shri Siddhi Ma, the trustees of the temple decided to build Babaji Maharaj's temple and to install his Murti therein. Shri Veerbhadra Singh, the Chief Minister of Himachal Pradesh laid the foundation stone on 10 April 1995.

The new Neem Karoli Baba murti was made in Jaipur. The mandir of this Maharajji murti has a wonderful, high view of all the surrounding area. The temple was completed and inaugurated on Ramnavmi, 25 March 1999, with grand celebrations.

At the entrance to this very special temple grounds is a very good Ganesh Temple with wonderful carvings on the outer walls.

Once again Maharajji's temple was renovated and installed a new vigrah of Maharajji on Ram Navami the 17th April 2005.

Sankatamocana Hanuman Temple is located on Rte NH-22. There are no accommodations in this ashram at this time. 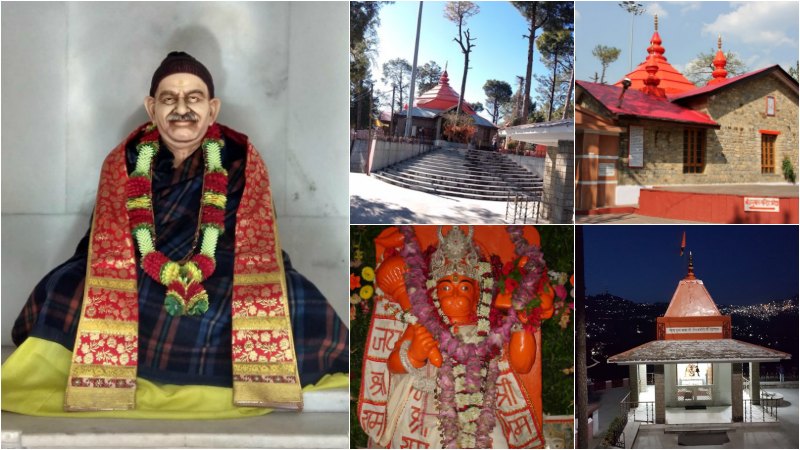 These photos were collected and submitted to maharajji.love by a devotee from California. If you would like to submit any additional photos or more updated info about Shimla Temple, please contact our webmaster here.