Inaugurated in 1951, this is reportedly the first temple established by Maharajji. This extensive ridge top temple has exquisite views on a clear day. Hanumanghari temple is about 2 km from Nanital. It's a nice walk if the skies are clear. If it's raining you can go by car.

Arati is performed daily, morning and evening. On certain days specific devotional practices such as Hanuman Chalisas are done. Check at the temple for complete schedule.

There is a conveniently located sweet shop just outside the gate so you can purchase your prasad. There is an ashram here but only Indian staff is permitted is stay in the ashram. 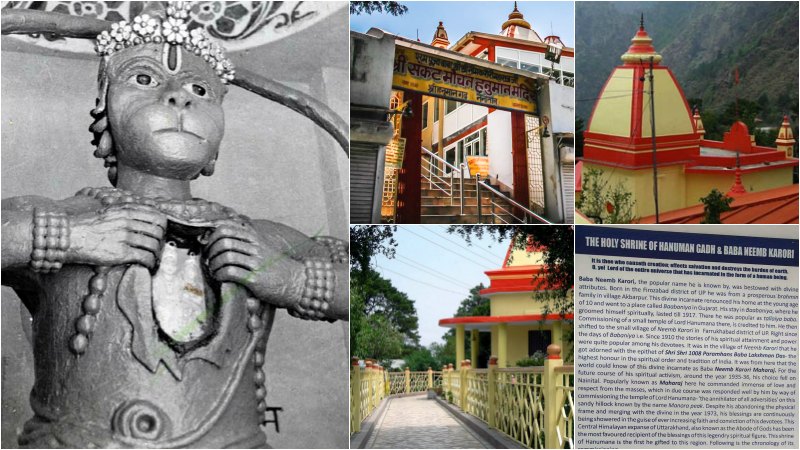 These photos were collected and submitted to maharajji.love by devotees from California. If you would like to submit any additional photos or more updated info about Hanumangarhi, please contact our webmaster here.