This temple performs a major service in distributing Maharajji's prasad in Lucknow, and seems to be one of the most visited temples in the city.

The ashram is always decorated as for a bhandara, thanks to a devoted staff. Maharajji said that Lucknow Sankat Mochan Hanuman-ji (known as "the wish fulfilling Hanuman") is "the Governor General of all Hanumans."

Wall murals depict: Ram and Sita, and Ram and Laxshman with Hanuman and the army of monkeys and bears building the bridge to Lanka.

A Mahasamadhi Bhandara is held here shortly after the mahasamadhi bhandara in Kanpur. A very limited number of Westerners are occasionally accommodated at this ashram.

The foreigners also come in large numbers for darshan. Along with Babaji's name the temple has become world famous as are the temples of Kainchidham, Vrindavan, Neeb Karori and Hanumangadh.

According to Babaji's wish, the priest reads the letters of devotees received from distant places, praying for something, before bed- time at night for fulfillment of their desires. There is no limit to Babaji's super mystic power. 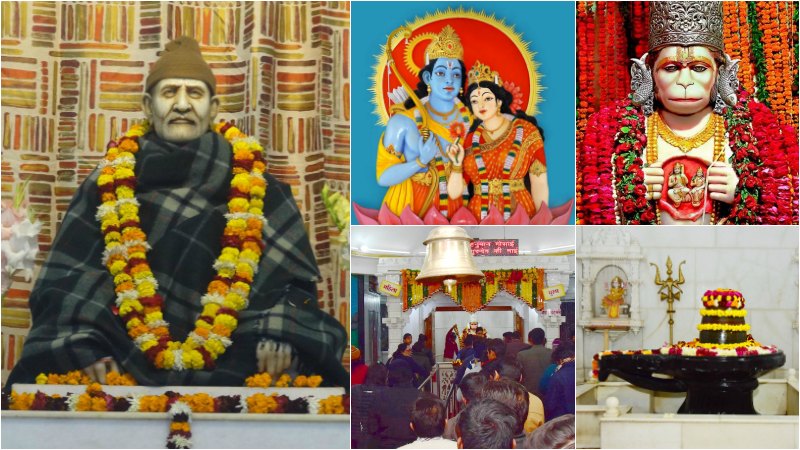 These photos were collected and submitted to maharajji.love by a devotee from California. If you would like to submit any additional photos or more updated info about Lucknow Ashram, please contact our webmaster here.