More than 100 years ago, after leaving His home when He was quite young, Maharajji went to the village of Vavania where there was a Vaishnav saint and stayed there for 6-7 years.

Maharajji practiced austerities, sadhana, and yoga here. This ashram has a pond where Maharajji sat and where He kept away from the world. Because of this, Maharajji was known as ‘Talaiya Baba’ then.

There was a tree where the herders who came to graze cattle and goats hung there food. When they went to eat the food, it was gone. They threw stones in the pond while demanding their food. Maharajji, sitting in the lake, then tossed various foods, including sweets, to them on the shore.

Maharajji established a Hanuman murti on the bank of the pond in the open area. After Maharajji left this place, He made a yatra (spiritual journey) to South India where He took the darshan of Hanuman Ji at many temples.

During this time Maharajji was known by many names, including Laxman Das, Handi Baba, and Tikonia Baba.

Vanania is 40 km from the town of Morvi in Gujurat and within 30km for the Arabian Sea. Vavania is approximately 226 kilometers and four hours driving time from Ahmedabad, Gujurat, on NH947.

📖 An Excerpt from Near and the Dear

There were rumors going around the ashrarn that Bhabania's opponents were seeking the intervention of Seth Jaipuria, an eminent industrialist and devotee of Babaji who had financed the construction of the Hanuman temple.

Bhabania's opponents went to him with their reports.

When Bhabania came to know that Shri Jaipuria would come any day to see things for himself, he lost the strength and courage inspired in him by Babaji. 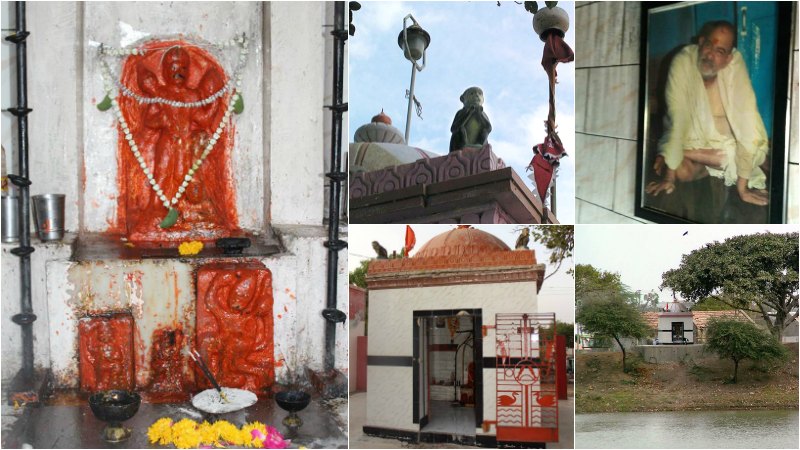 These photos were collected and submitted to maharajji.love by a devotee from California. If you would like to submit any additional photos or more updated info about Vavania Temple, please contact our webmaster here.