It was in Vrindaban that Maharajji chose to leave His body in 1973. The Neeb Karori Baba Vrindavan Ashram is located in Krishna’s holy city of Vrindaban on the plains of Uttar Pradesh. The first temple was inaugurated in 1967. This ashram is on Parikrama Marg a short ways from Mathura Road.

These hotels and guesthouses are suggestions for Maharajji's satsang visiting Vrindavan who cannot stay inside the ashram. These listing are not an endorsment of any hotel or guesthouse listed below. Please consult the Web for more listings.

Babaji Maharaj has already fixed the date of His leaving this mortal body. He had to choose a place for the cremation of His body and to prepare back-ground for His devotees to build a commemorative temple. Babaji had already got a yajna performed for nine days in the premises of the temple by His devotee Vishambhar from Aligarh on the occasion of Chaitra Navratra in March-April, 1973. 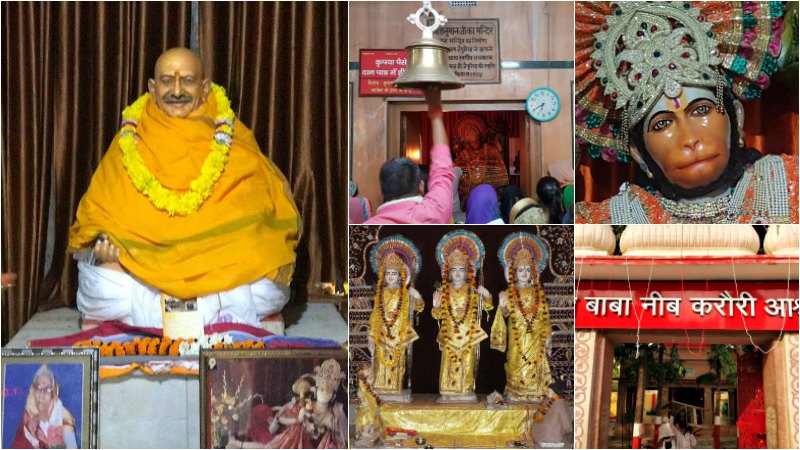 These photos were collected and submitted to maharajji.love by a devotee from California. If you would like to submit any additional photos or more updated info about Vrindavan Ashram, please contact our webmaster here.

➤ Here is a link to a selection of photos and videos from the Vrindavan Ashram, compiled into a video by a devotee in California: link here