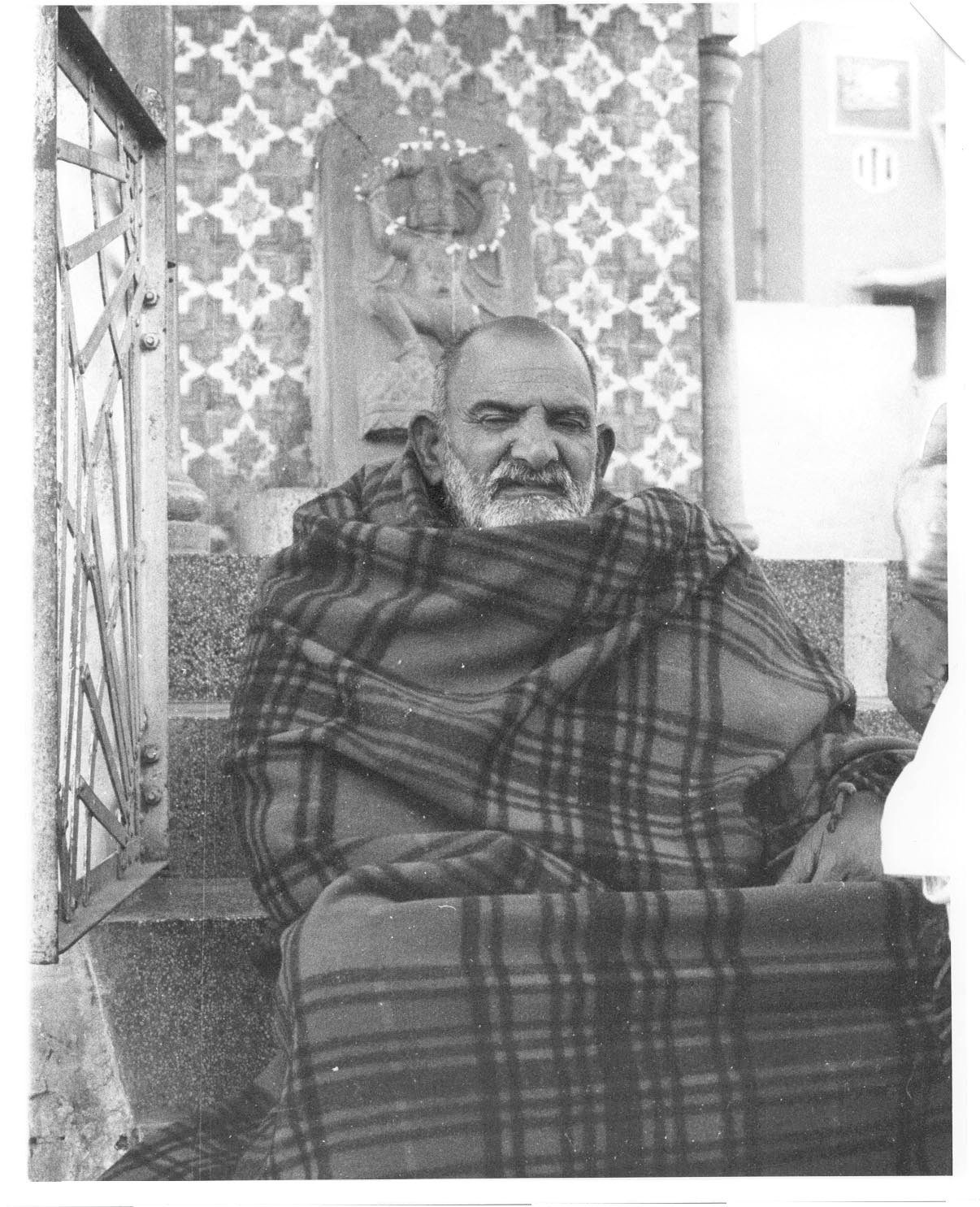 As mentioned above, Kachauri Mai offered kachauris regualarly to Baba's murti in Kainchi on Tuesdays.

However, on the first Tuesday of February 1988 she offered them at the Hanuman temple constructed by Baba in Bhumiadhar instead since she could not go to Kainchi.

The next day, Wednesday, she went to Kainchi with her offering of kachauris.

Being winter, it was quiet and lonely in the temple. The morning worship was over, and the priest, Trilok Singh, was sitting in the courtyard cleaning the temple utensils in the sun.

He saw Mai coming and finished his work quickly in order to offer the kachauris she was bringing for Baba.

Thinking that Trilok Singh would follow her, Kachauri Mai went directly to Baba's temple. She carefully placed the container of kachauris on the charity-offering box at the northern gate of the temple, and since Trilok Singh had not yet arrived at the temple, she began her circumambulation.

Both of them reached the door of the temple together and were amazed to see the container intact on the charity box.

Neither of them had opened the container, but its tightly fitting lid was lying open. Some kachauris were scattered in front of Baba and some were still in the box.