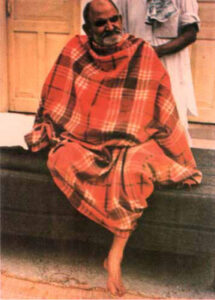 Bhushan Chandra Joshi was promoted to deputy inspector general of prisons in Uttar Pradesh. He was not at all happy with his promotion. He did not know whether to accept the appointment or not because he had a weak heart and was afraid that too much travelling would be involved.

He was confused and could not decide what to do. He went to Kainchi to seek Baba's advice on the matter.

When he was at the gate of the ashram, Baba was sitting in his room. Baba said to the devotees present, "Joshi is coming. He thinks he would die of touring duty."

They did not understand what he meant. After a shortwhile Joshi ji came into the room, and Baba said to him, "Are you afraid? Will you die of a touring duty? Accept the promotion. You still have to become inspector general."

Although there was no chance of him becoming an inspector general(I.G.), or so he thought, he did in time become an additional I.G. and later retired from that post.