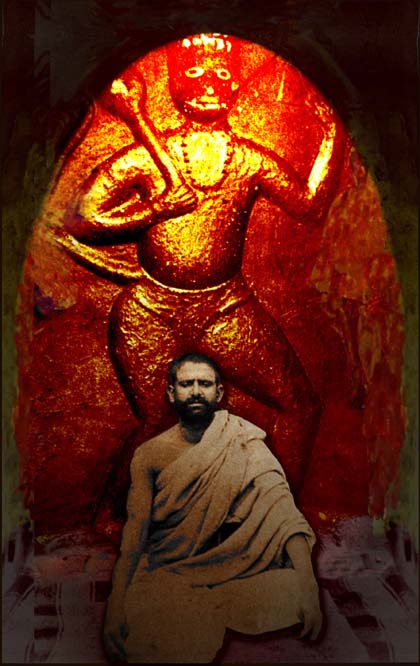 In March 1972, two days before the Holi celebrations, Babaji told me, "Ask your friend to engage a taxi for us. We start for Amarkantak tomorrow morning at six. The taxi must be suitable for a long journey."

My friend returned in the evening saying the taxi had been engaged. Babaji told him the taxi was not a good one, but he argued that it was indeed praiseworthy.The taxi arrived the next morning. Siddhi Didi, Jivanti, Ganesh and I were ready.

While getting into the taxi Babaji said, "It is not the right taxi " The driver and the others argued, "There is nothing wrong with it" We all got in and started.

All through the journey Babaji was saying the taxi would not reach Amarkantak. The ladies were worried. After going for 35 miles, Babaji said we must return.

It was a great disappointment and the mothers began pressing me to ask Baba not to return. But we turned around and started back. Suddenly Babaji asked the driver to turn to the road going left, heading for Chitrakut.Babaji was talking to me all the time, the others were silent. It was late in the day. We had about 10 miles more to go to reach Chitrakut. Suddenly a heavily loaded truck collided with the taxi and the engine was smashed. The taxi and truck were locked with each other.

A large number of people gathered around and started wondering about our miraculous escape.

The taxi driver was fighting with the truck driver for the loss of his taxi, although it was actually the fault of the taxi driver. The truck driver said, "You are fighting for your money, which comes and goes, but think of how your life has been saved. There must be some divine being sitting in your car"We were not thinking of our own escape. There had been a big jerk, but no physical injury to any of us. When all the quarrels and arguments started outside, Babaji suddenly said, with some excitement in his voice, "How Hanuman has saved you all! He has saved your lives, but He has also spared me from a great punishment. How could I have faced Ma, Maushi Ma and Kamala if I had returned alone? The mothers would have asked me,'Baba! Where have you left our sons and daughters?' Kamala would have said, 'Baba, what have you done to me?"' It was a very memorable thing to see him so stirred and talking of Hanuman's Grace.The taxi was tied to the back of a truck and we reached Chitrakut, staying in Shiva's temple with Ram Roshan Baba. The ladies began preparing food and arranging beds. The river was in front of the temple. Babaji and I sat out on the ghat. It was a full moon night and everything was bathed in moonlight. Peace and serenity reigned everywhere. Babaji said, "Dada, you are liking this place. This is a sacred place. You can breathe the air and feel how everything is sanctified here." It was our fifth visit here, but it somehow felt different.The next morning was Holi. Many sadhus gathered around Babaji and Ram Roshan Baba. Babaji asked me to get jaleebis and sweets, but Ram Roshan took the money from me and said he would get them. The mothers told me to ask Babaji to take us to Hanumandhara. I said, "He makes his own decisions and I never interfere." But we did go to Hanumandhara.It was a long journey, with dust, thorns and pebbles. Babaji was in a dandi and I was walking beside him. The ladies and Ganesh, with the food basket, were coming behind. We reached the foot of the hill, which began a very stiff climb up narrow, high steps. As we climbed, Babaji was talking and talking. All my attention had to be there and not for my own safety. Suddenly the dandiwallahs stopped, shivering and perspiring. They all gazed at their passenger. "Who is he? The dandi has become so very heavy!" As they started climbing again, the burden became light. In everyone's hearing, Babaji said, "Dada, Hanumanji came here and pacified himself after burning Lanka" Then bringing his mouth closer to my ear, he said in a whisper, "Hanuman to hamesha santa rahe." [Hanumanji was always at peace.]What a jewel he had cast! It was the key not only to Hanuman, but also to himself. All the shouting and joking were like the waves on the surface of the ocean. But in the depths of that ocean all was calm, all tranquil, all peaceful. He was living in that peace and serenity an the time.We reached the foot of the Hanuman murti, carved out of the hill with a stream flowing at his feet. Babaji was moving around, showing me the place and talking. Suddenly he asked, as if waking me up, "Dada, are you liking it, are you enjoying it? The mothers are badmash. They wanted us to go to Amarkantak. How could I go when Hanumanji has called me here?"