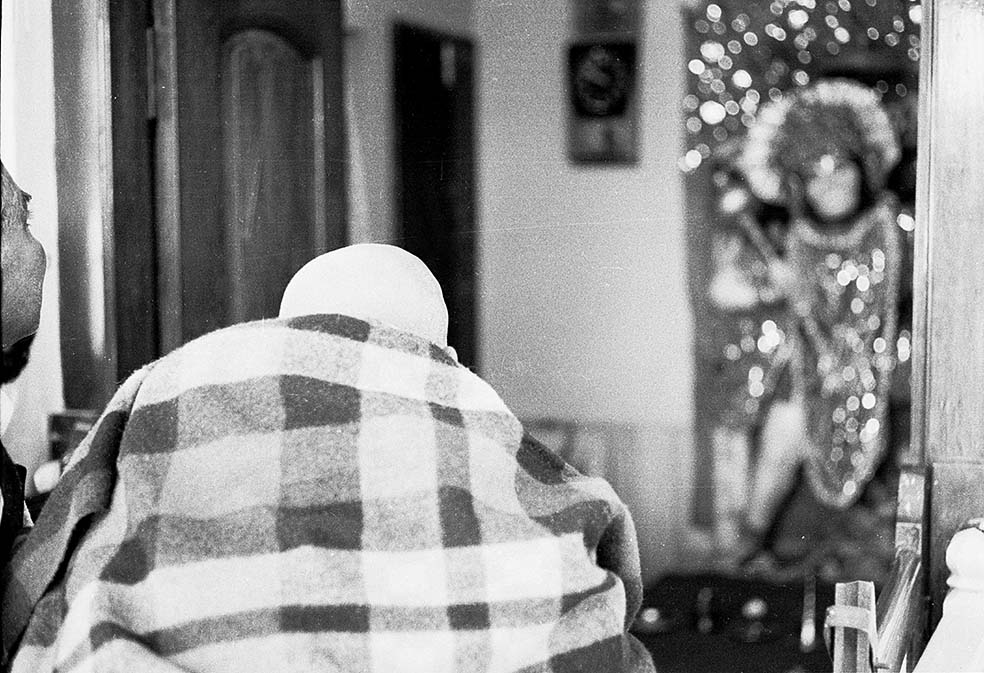 They thought there should be a new murti also, but Babaji said, "No, no. No other murti. Take this Hanumanji there'"

Mr. Barghav didn't like the idea, so he said, "Maharajji, I cannot decide this myself. I shall put it before the committee."After some time, Barghav came and said the committee did not approve; the old murti was to be left and a new one installed. Maharajji said, "Thik hai, if Hanumanji wants, he will come there himself." A few days later, the old temple collapsed and, although the murti fell down, it was not harmed. There was then no alternative but to install it in the new temple.