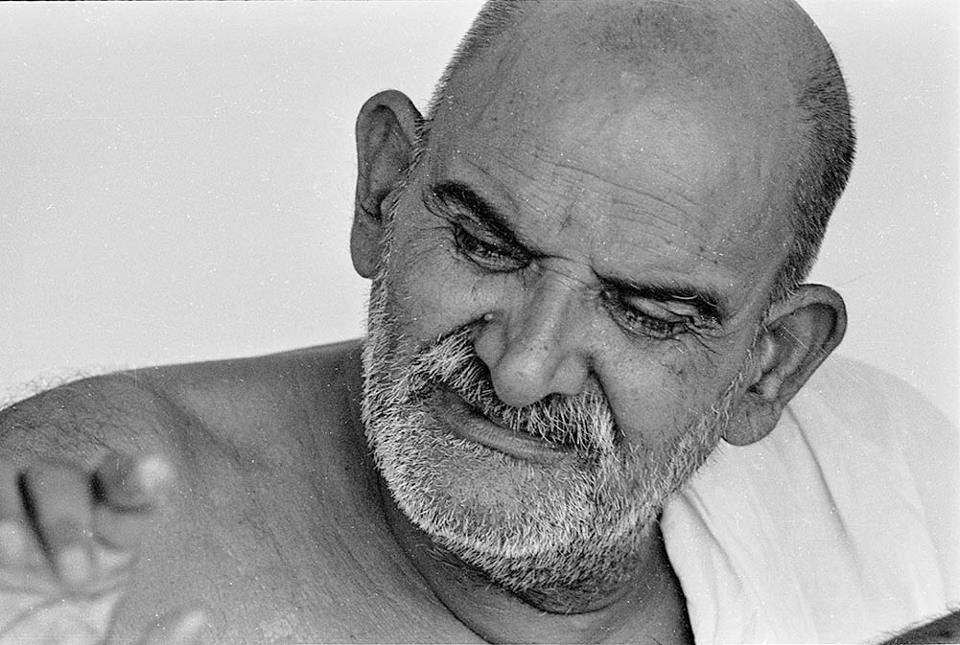 Diwakar Pant was Station in Charge of the UP Road Transport Corporation, Almora. One day he became seriously ill and at midnight his condition became critical.

In the hills, it was not possible to send for a doctor at night. The members of his family were around him waiting for daybreak.

He was fading fast. His wife lost all patience and was very upset.

Just then she felt Baba shaking her violently by the shoulder with one hand, and saw him pointing to a medicine with his other hand, saying, "Give that medicine to him. He will be all right." In her anguish, she was not surprised at Baba arriving there, neither did she bow before him. Only she saw Baba, no one else saw him.

She at once gave an uncertain dose of the medicine to her husband. Meanwhile Baba had disappeared.

There was a peculiar change in her husband, he became violent. It appeared, from his excitement, that he had lost his mind.

All the members of the family became frightened and regretted the foolish act of his wife. She did not know the name of the medicine, nor had she any knowledge of its use, neither did she know the quantity to be administered.

The next morning Dr Khajan Chand was called. He calmly listened to the story of the condition of the patient, and examined the bottle of medicine. The medicine was Coromine.

He called Pant's wife to him and asked her, "Daughter, why did you give this medicine?" She was very ashamed and sad, and could not reply as she was weeping bitterly. The doctor, patting her on the back, told the family that it was she who had saved her husband. It was the only medicine that could be given at that time to save the life of the patient.

The doctor said, "He will be all right now. There is nothing to worry about.

Baba used to say, "There is no need to ask things from God or a Saint. They themselves give what is appropriate."

By appearing himself, Baba bestowed his Grace on his devotee and so saved his life of His own accord.