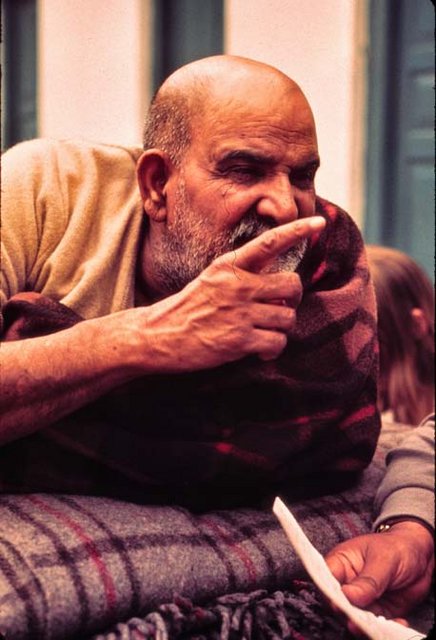 After the death of Badrivishal's father, the economic situation of the family became serious and pitiable.

According to Baba's instructions, Badrivishal studied and passed his B.Sc. exam. He then gained admission to K.R. College, Agra, for his M.Sc.

During that period there was a time when Badrivishal was very worried about his lack of money, and finding no solution to his problems, he went in search of Baba.

He went to the house of a devotee at Rajamandi, Agra, where Baba often went. He found out that Baba had been there about a month previously, but they had not seen him since.

Remembering Baba in his heart, he prayed, "Gurudev ! You are omnipresent and omniscient. Have pity on me. Today I have come to meet you."

Musing in that way, he walked along the street back towards his home when he heard someone running and shouting after him.

It was a servant from the devotee's house that he had just left. The servant said, "Maharaj has just arrived and he has sent for you."

Badrivishal returned to the house and bowed before Baba. When Baba saw him, he said, "I know you are short of money. Study hard. It will be arranged by tomorrow."

When he arrived at college the next day, he was informed that his scholarship grant had been received from the government, and he was asked to take it that same day.