LilasDivine RealityIn the Guise of the Priest of Pashan Devi 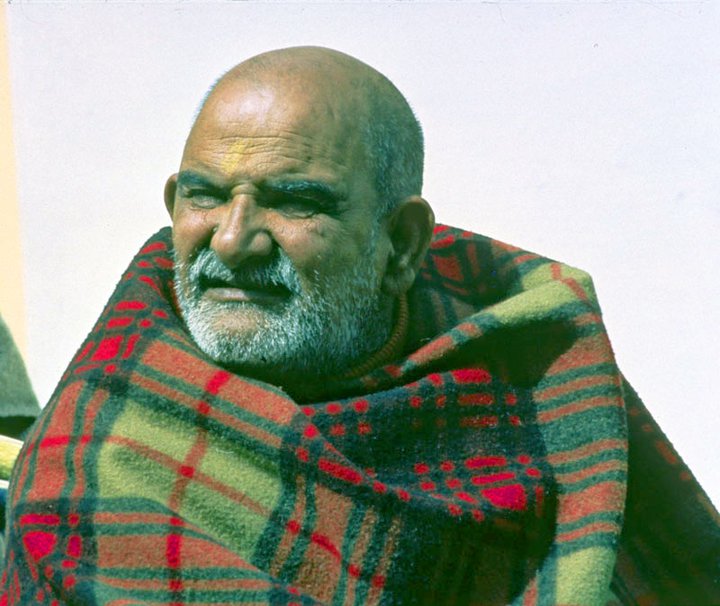 It was Ekadashi that day Shrimati Gurupriya was going from her house in Nainital to the temple, to have darshan of the deity.

On her way she saw the priest of Pashan Devi. All of a sudden, the idea flashed in her mind that she should give him food that was to be given to a Brahmin on Ekadashi. So she took him home.

The priest did not accept uncooked food and wanted to have a cooked meal. She gave him a proper seat, brought a plateful of food from the kitchen and asked him to eat.

While eating the priest saw a photograph of Maharaj hanging on the wall in front of him. He said, "Who is that hypocrite in that photo?"

Gurupriya felt hurt by his words and became annoyed inside. She had thought of giving ten rupees to the priest but because he had hurt her feelings she changed her mind.

She decided to give him only one rupee. She had two notes in her box, a ten rupee note and a one rupee note. When the priest had eaten his meal, she sent him off giving him one rupee.

Then, she went to Leela Mai's house where Baba was staying. Baba had been sitting all by himself in his room. They were cooking his meal. While the food was being served to him, Gurupriya arrived. Baba ate a little and left the remaining food on his plate. In spite of Leela Mai's earnest request for him to have some more, Baba refused saying, "Gurupriya has made me eat already today and I have cheated her of ten rupees."

She said, "Maharaj, it was one rupee not ten rupees." Baba immediately took out the new ten rupee note and showed it to her. Gurupriya could not believe it.

When she returned to her house she opened her box and found a one rupee note, not the ten rupee note, inside. Who was that priest to call Baba a hypocrite?