Love EveryoneThe Transcendent Wisdom of Neem Karoli Baba Told Through the Stories of the Westerners Whose Lives He Transformed. In spirituality, science, social activism and music, the teachers and innovators in this book who have influenced a generation share a common source of wisdom: Maharajji, whose most important message was to love everybody. 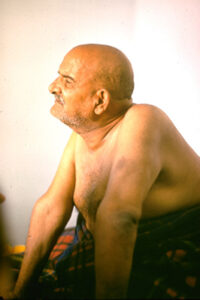 RAVI KHANNA: After Maharajji passed away, it was in the papers all over India, and my name was mentioned because I was the one with him. My family hadn’t known where I was, because I hadn’t kept in touch with them. They came to get me in Vrindavan, so I went home for a little while.My father grew up in Lucknow, and I was born there. My mother told me that my father was good friends with the Malhotras in Lucknow, who built the Lucknow temple. Malhotra was the main family that Maharajji used to stay with there. My family wasn’t particularly into Maharajji. My father would go to see him at the Malhotras’ only when he needed some help. 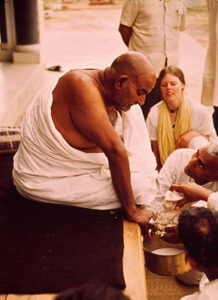 JAI UTTAL  I’ve read in Tulsi Das about the value of “disinterestedly” repeating God’s name. For years I thought, “What does that mean? Why ‘disinterestedly’?” When we were in India recently, I started to get a whole new glimpse of what that meant when I said to Siddhi Ma, “I sing all of the time, and people say I’m great, blah, blah, blah, but a lot of the time all I feel is effort, work, stress . . .”

Smiling, she said, “Jai Gopal, what does it matter what you’re feeling? You’re doing your service. You are serving Maharajji and touching people’s hearts. You Americans think that service is eating a laddoo and blissing out under a tree. For us, service is often filled with a lot of worry and effort.” 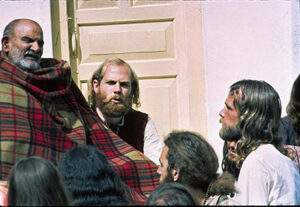 SHIVAYA: I spent years studying with Goenka and Munindra and doing Buddhist practice. I was in Bodhgaya in when that bus to Allahabad happened. Ram Dass suggested that I not go on the bus trip, and I accepted that. Then one day I was walking down the street in Delhi, and this friend I knew from Buddhist meditation courses, Marty Worth, who was a very reserved type of character, was now dancing down the street and acting sort of weird. When he saw me he did a spin.

He said, “I’ve just come from Neem Karoli Baba.” He pulled out a color photo of Maharajji. “Neem Karoli Baba, the greatest saint in India. There is a bus at eleven tonight. Take it to Nainital, you’ll see him tomorrow.”

I went to a money changer in Connaught Place. At that time money changers were out in the open. This guy had a room, a desk and two chairs, and a picture of Maharajji on his desk. 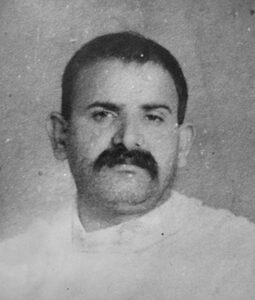 SARASWATI: At one point Maharajji jaoed us from Vrindavan. “Go away. Go to Allahabad. Go to Benares, go to Chitrakut.” He was naming places. I had of course read Autobiography of a Yogi. I recalled that when Yogananda’s guru sent him away, he didn’t know what to do, so he sat under a tree and waited. I didn’t know what to do either. I had no money whatsoever, so, like Yogananda, I went and sat under a tree and waited. Not long afterward, one of the women said, “Hey, we’ve got an extra ticket. You want to come with us to Benares?” That was the opening for getting to Benares, Allahabad, Chitrakut—those places he had mentioned. 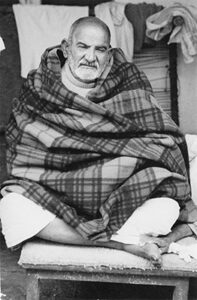 RAVI KHANNA: We were in Vrindavan; then he closed the place down for a while to the Westerners. Indian families would come. They would get announced, they’d be let in, and then the doors would close again. We would come every day, hang out there for three or four hours, and then go back to Jaipuria Bhavan.

When Krishna Priya jumped over the wall, we got thrown out even farther from the ashram. Then one day this Indian family came, the chaukidar opened the door to let them in, and I stuck my foot in the door. I said, “I am not going to let you close the door until you at least tell him we’re here.” After a while he had stopped announcing us. I said, “You have to tell him we are here.” He wouldn’t, and I kept insisting. Then he opened the door and pushed me. I fell back. He closed the door and told Maharajji that I was causing trouble.

Maharajji called for me. He said, “Wasn’t it your fault?