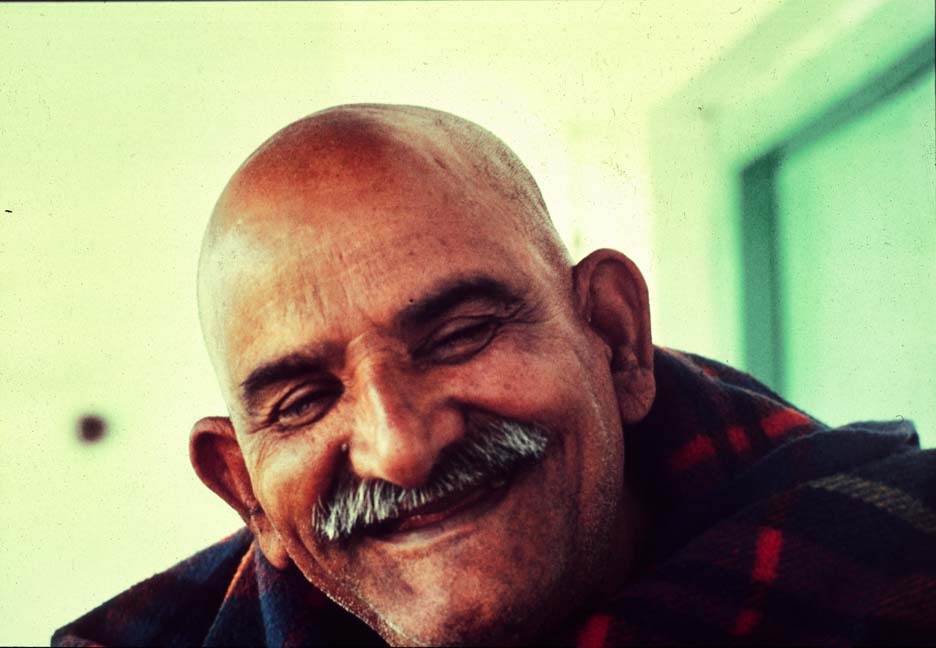 Once a party of fifty or sixty Congress politicians were going to see Maharajji.

He was staying at hanuman Ghar. From there the road could be seen for a long way, so he knew they were coming. Maharajji suddenly got up and went down the hillside. Accompanied by an Indian sadhu, Ram Das, he walked to a small Devi temple.

When the party arrived they inquired about Maharajji's whereabouts . They were directed down the path.

Maharajji and Ram Das had sat down in front of the temple.

The Congressmen also came to the small temple, and though they stood in open land about six feet away, they couldn't see him or Ram Das. The men were standing practically in front of them, saying to themselves, "Where is Neem Karoli Baba?" Maharajji had become invisible and he had made Ram Das invisible.

Now Ram Das was habituated to hashish and had the cough that naturally accompanies this. He had a spasm and wanted to cough. He couldn't stop it, but he feared that if he coughed these people would hear and naturally guess that Maharajji was there. Maharajji said, "Don't mind. Cough as much as you like," so Ram Das coughed loudly and got relief. But these men heard neither the talking nor Ram Das' coughing. The Congressmen gave up their search and went away, and only then did Maharajji reappear.