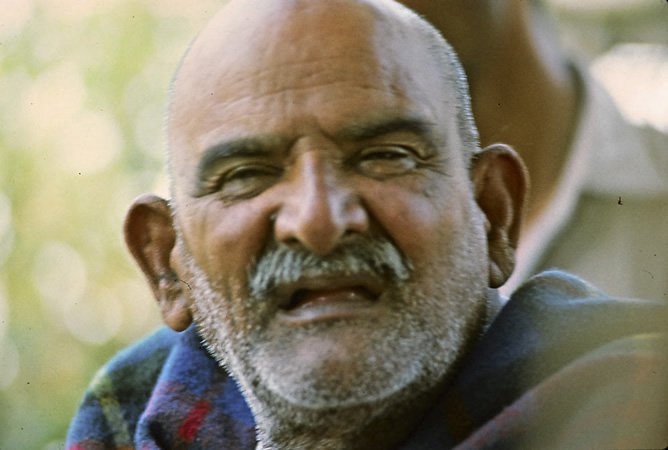 The subtle presence of Babaji in my life has brought about unconceivable changes within me, and as I heal and transform within, my perceptions observations and understanding of the outside world transforms.

By Babaji's grace my mundane world is becoming divine.

I have always known of Babaji as I was born into a family where Babaji was an omniscient presence. However, in my immediate home there was little space for religion, religious rituals or sadhus and babas.

My father prided himself as a modern rationalist for whom science formed the boundaries of his acceptance. The stories of Babaji's miracles had the effect of convincing him that Neem Karoli Baba was a charlatan with tantric powers, which he misused to dupe vulnerable people. I was told recently by my mother that Babaji came to visit my parents home in Agra, a few years before I was born, but my father would not allow him inside our gates, shooing him off as if he was a thug ! My parents jao'ed Babaji when Babaji came to grace their home!

I met Bababji for the first time when I was about a year old when he visited the home of my aunt in Bhawaniganj, Haldwani. I have no recollection of this meeting, of course, and these facts are now being told to me by my family members. I have vague memories dancing and chanting at an all night maha arti at his temple (Hanumangarh) when I was a little toddler.

My first and only conscious darshan of Maharajji was when I was 11 years old in 1972. I had dropped by at the Kainchi mandir with a few cousins hoping to get some free prasad at the temple. We were hiking in the mountains and had been given some money by our elders to buy food but we wanted to pocket that money for more fun stuff. As it happened we arrived at the Kainchi mandir around 3ish pm alongwith a busload of hippies, chanting all the way. Too late for the bhandar but just the right time to have Babaji's darshan.

As Babaji appeared on the veranda outside his room everyone rushed to get his darshan. We rushed too for the fun of being jao'ed by Babaji. However, Babaji did not jao us even though he jao'ed almost all others gathered. He turned to my cousin whom he recognised and asked her who I was. She told him my mother's name. I can clearly recall his piercing gaze on me as he acknowledged me...(as the daughter of people who had jao'ed him from their home, I wonder?). Babaji let us stand and watch him as he talked to a family who had driven all the way from Delhi to have his darshan. Then he retired to his room and we left happy with our boxes of sweet prasad...Babaji forgotten the minute we left the ashram!

In all the years between 1972 and 1999 Babaji never crossed my consciousness in any positive way. If he was ever mentioned in my nuclear home it was always in a disparaging way. I grew up a liberal, a rationalist and an athiest and Babaji had very little space in such a world. ( Or so I thought ) till of course he decided I needed to be rescued from the darkness in which he had let me grow.

So Babaji chose the internet as the medium to reconnect with me; through Barry Zucker, a Brooklyn based New Yorker, who had found his way to Kainchi, inspired by Baba Ram Dass. Barry had travelled to India and Kainchi in the 1980's but was obviously still very inspired by that journey because he reached out to me in an internet chat room ( where my nickname indicated I was an Indian lady ) and asked me about Babaji almost a decade later ! Barry told me about Baba Ram Dass and his books which I promptly bought from Amazon.com!! I mentioned Neem Karoli Baba and the internet incident to my husband and soon I was being given articles from various magazines with interviews with Larry Brilliant, Krishna Das et al as my husband reads anything and everything!

Slowly Babaji came alive in my life legitimised by the intellectualism and faith of an ex Harvard Professor and others from the West, who had far greater credibility in my life than my simple relatives and their traditional lifestyle and religiousness. I had grown up feeling superior to them. I had needed Dr. Richard Alpert to open my eyes to the gems I was surrounded by in my family. Babaji indulged me. He came to me where I was...with unconditional, unending love that heals and heals and heals and subtly transforms from within. Nothing has changed outwardly in my life, the actors are the same and so is the stage, yet the unfolding drama totally different.