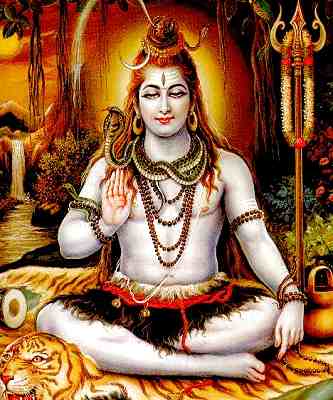 The festival of Mahashivratri is celebrated on 14th day of Krishna Paksha of the month of Phalgun, according to Hindu calendar. According to the English calendar this falls somewhere in the month of February or March.

According to Puranas, during the time of Samudra Manthan a pot of poison came out from the ocean. Both, Gods and demons were frightened and they went to Lord Shiva for help. Lord Shiva drank the poison in order to save the world. However, he did not swallow it but held it in his throat. Since the poison turned his throat blue, he is known as ‘Neelkantha’ after that. It is believed that Mahashivratri was the day when all this happened and so people celebrate it by worshipping Lord Shiva.

Lord Shiva was formless until the night of Mahashivratri when he appeared in the form of huge Ling. This was actually to end the ego clash between Lord Vishnu and Lord Brahma. The Ling is said to be extremely huge and neither Lord Vishnu nor Lord Brahma could find the end or beginning of this Ling. From that day onwards people worshipped Ling as Lord Shiva and celebrated Mahashivratri every year.

The most famous and well known significance of Mahashivratri is on that day Lord Shiva and Goddess Parvati were married to each other. People celebrate the union of the two and in some places people even conduct the marriage ceremony too.

Devotees of Lord Shiva observe fast that day and they take only fruits and milk.

Devotees perform Pooja and even carry out Rudrabhishek. Married women pray for the well being of their husbands and children, unmarried girls keep fast so that they get good and understanding husband.