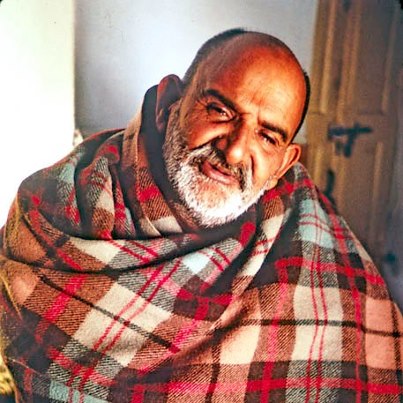 I had come to India from the United States as  a devotee in a very intense religious sect - the guru was the guru, the final and great saviour.

After only two weeks in his presence, I was dearly disillusioned about him and began to wander about in India on my own - still hoping to find the one true and pure guru somewhere.

Several times in my wanderings someone would tell me of Maharajji and that he was nearby. But I would not go, as I felt no particular pull.

Finally I was down near Bombay, still seeking the true guru, when an old friend showed up. He looked so clear and light that before we even spoke I determined to go to wherever it was he had just come from.

He had just left Maharajji in Vrindavan. I packed my bags and was gone that afternoon. Twenty-four hours later I was before Maharajji.

There were a number of Westerners there. Maharajji did not speak to me but he kept looking very intently at my heart chakra(psychic energy center in the heart area of the body), and what I kept hearing, as a voice within me, was that my search was over. I had come home.