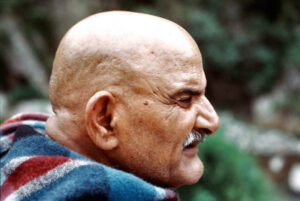 The marriage of a girl in Ramesh Chandra Pandey's family could not be settled, and everyone was worried about it. The astrologer who read her horoscope said that she would be married in the thirty-second year of her life.

A marriage was arranged for her that year, and all the preparations for it were underway. One day Baba arrived quite unexpectedly. Everyone in the house came to  do pranaam to him.

When the girl bowed to him in reverence, Maharaj said to her, "Do not get married."

Nobody understood the significance of his words, so they were taken lightly. She was married as arranged.

Five months later her husband died, and she became a widow.