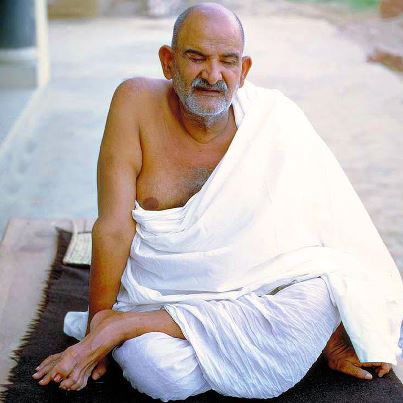 A Moslem devotee invited Maharajji to attend a religious festival at his home.

The whole family and many of their friends gathered together to sing Sufi songs and to hear readings from the Koran. Many Muslim mullahs(priests) and scholars attended the festival to perform the rituals and read the scriptures.

When Maharajji arrived, the devotee escorted him to the place of honor in front of the scholars. They immediately ceased their singing and complained to the host. They said that they couldn't continue the rituals in the presence of a Hindu.

Maharajji verbally abused them for their prejudice and narrow-mindedness.

He quoted from the Koran and from some great Sufi poet-saints on the oneness of all religions. Maharajji asked for some prasad. When it was brought he distributed food, sweets, and money to the scholars.

THE BEST FORM IS TO WORSHIP GOD IN EVERY FORM.