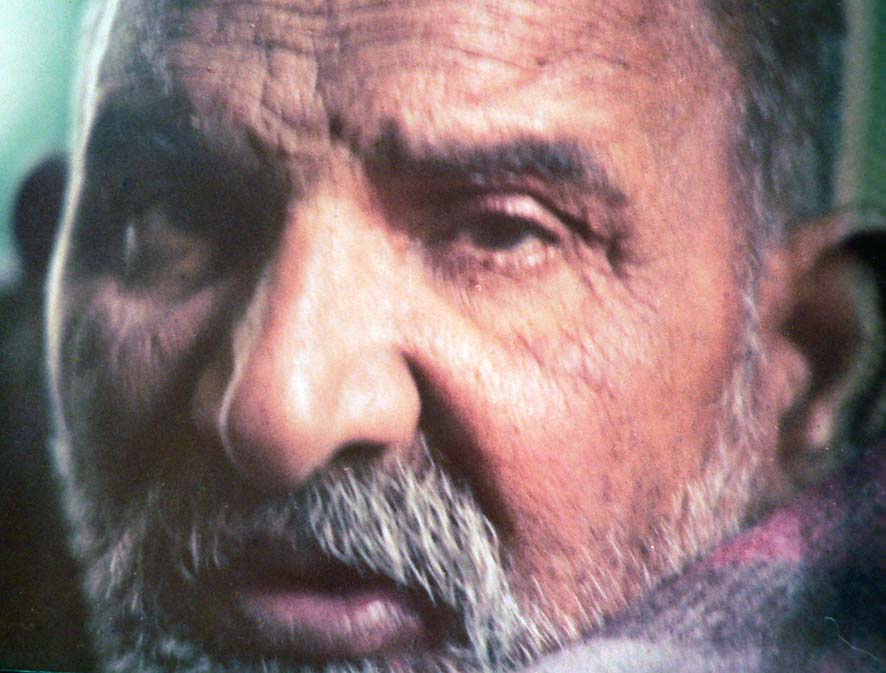 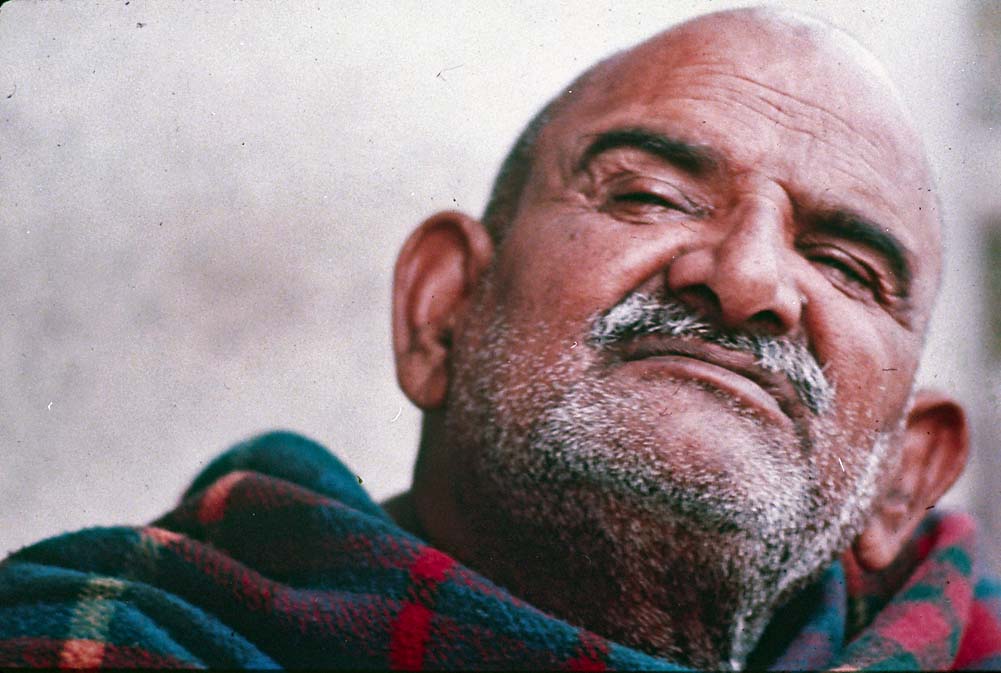 On the morning of September 8, Maharajji called for me and we talked privately for three-quarters of an hour on various subjects. After that I saw him again at four o'clock in his room with two or three others.

He was saying to us, "All those who come into this world must go. Nobody will stay here. They must go. Knowing this, why do people at the time of death go "Whooooo, whooooo" (he feigned great weeping)? Why do they cry? They should go gladly. They shouldn't cry. After some general talk, he said, "Now I shall go. I won't stay and I won't give darshan anymore to anyone."

One devotee asked, "Maharajji, where will you go that we people will not be able to get your darshan?"

"Where?" the devotee asked again. 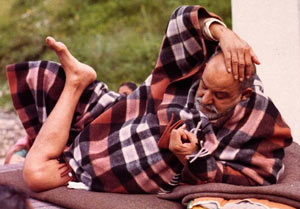 The extraordinary postures into which Maharajji placed his body were no more random than anything else he did.

Some of his older devotees got quite proficient in reading Maharajji's body language, for many of the positions were actual mudras (statements in form) that gave blessings, activated certain powers, or brought about certain changes in the environment.

Siddhi Ma was holding a picture of Maharajji in which he is lying on his side, a classic pretzel, with one hand on top of his head.

Perhaps nothing concerning Maharajji is more mind-stretching than the manner in which he related to the physical universe, especially to his own body.

Although at first glance he seemed like an ordinary body - and he seemed to go out of his way to prove that it was - there was ample evidence not only that it was not ordinary but, indeed, extraordinary beyond comprehension.

Once I was having lunch in America with a Nobel Prize winning physicist.

He asked me about Maharajji and I proceeded to share a number of stories with him.

He found it all fascinating and could allow for the truth of all of it, until I got to the stories of how Maharajji could appear in two places simultaneously.

Maharajji was talking in a room with only a few people, and to one man the talk appeared meaningless. He said, "Babaji, you should give instructions and lessons to people." Maharajji didn't answer. "Sometimes," the man went on, "give us answers and teach us something."

Again Maharajji didn't answer him. The man repeated his statement a third time.

Obviously irritated, Maharajji shouted, "What are the instructions? What is this? What are the lessons? This is all foolishness! Lessons!" Turning to the men standing there - one was a goldsmith, one a shopkeeper, one a clerk, and one a teacher - Maharajji asked each how he would pass the following day.