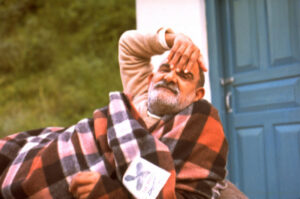 Many cases of a political nature were pending in the courts against me and my five friends between 1958 and 1968.

Maharaj told me that they would finally be settled in our favor, so I was never worried about them. At first we were acquitted by the court, but the government appealed to the High Court against the decision. The cases were remanded for a review.

After reviewing the cases, the Sessions Court sentenced each of us to two years imprisonment. We appealed against the sentences.

Meanwhile some of my relatives went to Kainchi to see Baba and asked him about me. Baba told them that the matter would be set right when a particular judge, who he mentioned by name, decided the case.

Soon after, the judge who was hearing the case, was transferred, and another judge came in his place. The appeal was heard in his court. The case was argued for a full day, and then the hearing was adjourned until the following day.

I was afraid because the new judge was not the one mentioned by Baba. The next day the hearing was postponed for an indefinite period. It was taken up again when the judge mentioned by Baba took charge. He gave the decision in our favor.