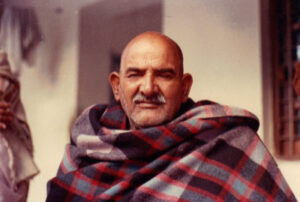 Because of this difference of opinion, they could not accept either proposal.

Deshraj was worried because they wasted a lot of time in indecision. At last both of them agreed to accept whichever proposal Baba chose for their daughter.

When Deshraj came to Kainchi to settle the matter, Baba said, "It has to take place somewhere else," and then got up and left.

Deshraj did not understand what Baba meant. He went to Delhi to accept that proposal, but because of the delay, it was too late. Then he went to Bareilly where he was also disappointed, for the boy had got engaged to another girl.

Sometime later they received a proposal from Amritsar that they were all happy with and their daughter was married there.