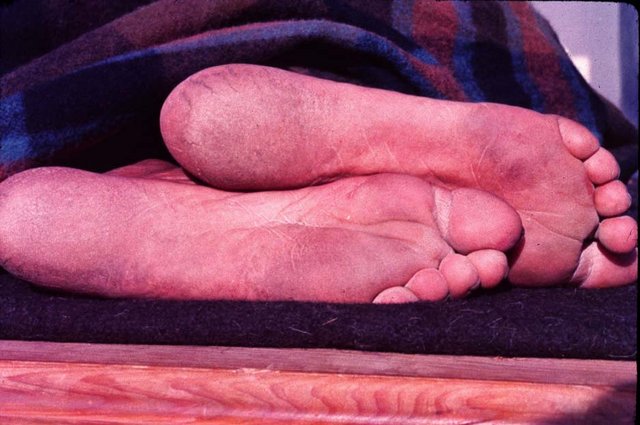 We were going with Maharajji to Chitrakut.

As we entered the boundaries of a sacred place, Maharajji sat down, looked around, and said, “This is the place where Ram and Sita moved here and there.”

After he had moved a little further along the dry earth, a thorn pierced Maharajji's foot.

He bent down and pulled out the thorn, saying, “Many such thorns must have pricked the Lord's feet.”

He said this is such an emotional way that it brought tears to the eyes of all the people there.

It was such a small thing but so charged as to affect everyone very deeply.

Later when we had all returned to our senses, we laughed at our tears, unable to understand what had brought them on