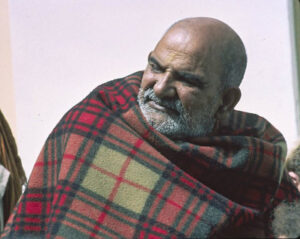 In 1932, Jagdev Singh came to see Baba with a subordinate Sikh officer. Speaking about Baba's greatness, Jagdev Singh told the officer that Baba would answer his question correctly even if he did not ask it.

The sikh officer wanted to ask something in particular about his friend Gainda Singh, whose son had disappeared in grief after the death of his wife, but he did not say anything to Baba.

Looking at him, Baba said, "You want to ask about Gainda Singh's son who has run away from home. The boy has been asking the priest in the gurdwara(Sikh place of worship) at Amritsar to take him as a disciple. His wife has died and his mother is alive. The priest is not inclined to make him a disciple without his mother's permission."

The officer passed this information to his friend Gainda Singh, who at that time was jailer at Farrukhabad. Gainda Singh went to Amritsar and brought his son back home.