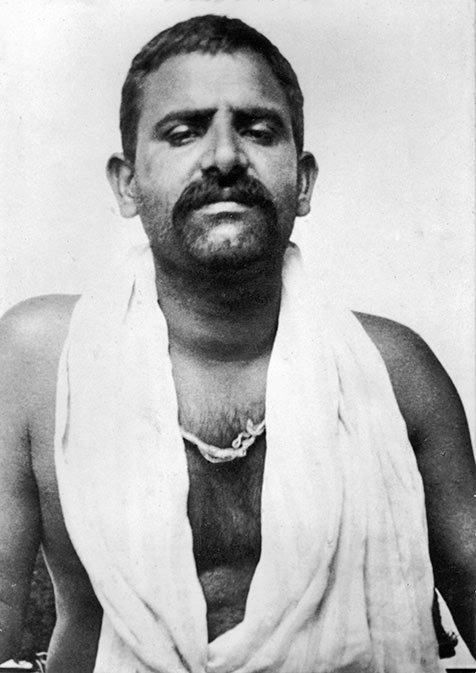 It is clear that Maharajji has left us many names by which to remember Him.

Maharajji left two names by which He is best known worldwide.

These names are "Baba Neeb Karori" and "Neem Karoli Baba". In India, there are often many ways of pronouncing the same word(s). The village of Neeb Karoli, where Maharaji resided for some time in the 1930s is the principal source of the name. In essence, the meaning is "the baba from Neeb Karori." However, the village name is alternately pronounced "Neeb Karori" or "Neem Karoli" in common daily speech. So, you can see "it's complicated'. Ram Dass and the Westerners picked up on the "Neem Karoli Baba" version and that name was brought to the West. More properly, Maharajji's name would be pronounced (and written) as "Baba Neeb Karori". However, there is also the case that at the time Maharajji was called Lakshman Das when He lived in Neeb Karoli village. Maharajji's birth name is Lakshmi Narayan Sharma.

In this manner Maharajji has encompassed a greater area of names. These create more ways for His devotees to find Him.

The following information about Maharajji's names comes from Maharajji's 'signature', a book called Prema Vatar written by Mukunda and from the neebkaroribaba.com Web site operated by Maharajji's family in Agra, India."

There is also an email note from a person who grew up in the village of Neebkarori that sheds some light on the matter of the names of Babaji.

Update February 25, 2007In emails with Dr. Atul Chandra Mishra a person who grew up in Neebkaroli, Dr. Mishra writes: "In govt. records its known as Neebkarori but people also know it as Neem karoli. In my childhood people use to use both interchangably. I hadn't done Darshan of Maharaj ji. But I met several times with Mataji during her visits to Neemkaroli in my child hood only. But my Parents had his (Maharajji's) darshan. I know a lot of  his lila what he had done there during his stay. Also people saying that he had done a lot of tapsya (worship of hnuman ji) there at his kutiya (Hut)." This is another example of the interchangability of the Neebkarori/Neemkaroli name in India and in the village itself. Thus, it is unlikely that the Neem Karoli Baba name came from Western devotees but rather it has always been used in such a way. This naming is, of course, just another part of Maharajji's lila.