Once in Vrindavan dham, seeing a picture on a wall (in which Hanumanji was in a pose of doing Kirtan) Shri Ma said to Maharajji, " Maharaj you have installed Hanumanji everywhere in different poses - somewhere standing, or showing the images of Sita-Ram in his heart, or in a valiant pose, but have never installed him doing Kirtan".

Maharajji said, "Murti like this will be installed at Hanuman Chatti".

There is an ancient place called Hanuman Chatti on way to Badrinath between Pandukeshwar and Badrinath. There is an ancient Hanuman murti there. Hanumanji and Pandu's son Bhima had met at this place. It is said that when Bhima was going to fetch Sahasradal (a fragrant flower) from Gandhamadan hill, he saw an old monkey (Shri Hanumanji) lying in meditation and his tail obstructed the path. Bhima asked him to move his tail from the path. Then the monkey requested him saying,

"I have become old. Why don't you yourself move it to the other side?" Bhima tried but in vain. He exercised his full force but could not move it at all. Then, he had a feeling that that was not an ordinary monkey. When Bhima humbly insisted, Hanumanji disclosed his identity. Then, Bhima prostrated before him and asked him for his grace. Hanumanji said that he himself would sit on the ensign of Arjuna's chariot and protect him. 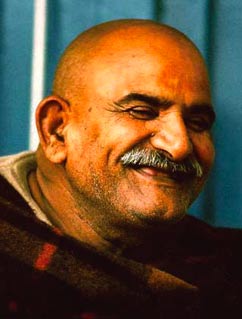 Selections from the book "Premavatar" by P. C. Joshi "Mukunda"

Maharajji's devotees who deserved His Grace have been inumerable extending from Kashmir to Kanyakumari, from Punjab to Assam and even in foreign countries, even though He had not founded any institution with the purpose of organized satsang by His name. Wandering sadhu, today here, and tomorrow somewhere else. He was never attached to any temple or ashram. A few years before leaving His body, He got management of the temples and ashrams systematized with the purpose - (1) that after He had left His body, the devotees who entirely depended on Him should have something to lean on and (2) to fulfil His wish that in the thick of Kaliyug, the spiritual feelings be awakened in each and everyone through these temples/ashrams.

He never permitted His name to be associated anywhere with them, but having founded them once, He got the Hanuman Trust formed and handed them over to it. It is only after His Mahaprayan (final journey) that His devotees added His name to the temples/ashrams. 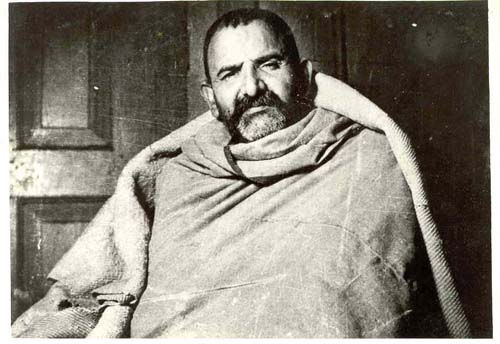