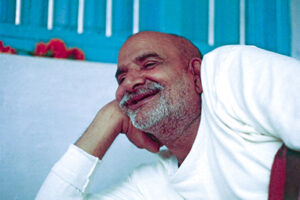 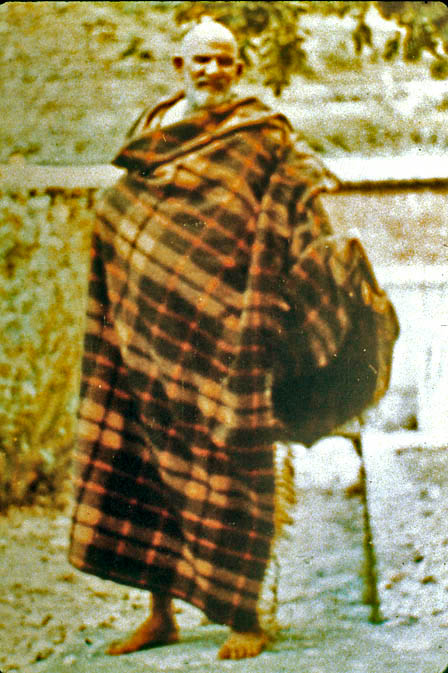 I had not thought of Babaji for many years. Back in the late 60's early 70's I was incredibly drawn to him but could not go to India. I spoke to him often in my head.

Now many, many years later I have this dream:

Neem Karoli Babaji was standing in front of me. He was wearing a long plaid blanket. He looked at me and yelled something and immediately dove at my right foot and grabbed it.

I was so shocked and felt so unworthy that I reacted by pulling back. He then immediately was standing again, hollered something else, and dove at my left foot and grabbed it. End.

Upon awakening and remembering the dream I felt elated for the experience and sorrow that I reacted by pulling back. 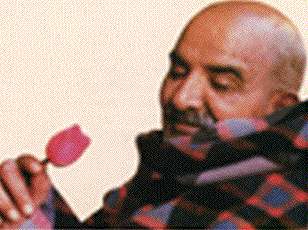 About a year and a half ago, I was reading "Miracle of Love" and reflecting upon my life and job.

I work at an Organic/Natural grocery store. I had been feeling for some time that I wanted to make a difference in the lives of the poor and needy and longed to work for a non-profit organization feeding the hungry.

I was praying for guidance and asking God to open a door of opportunity for me to do just that. 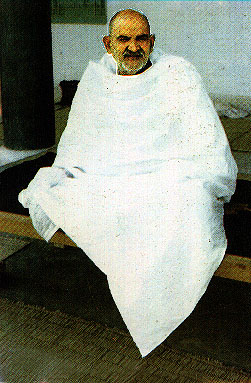 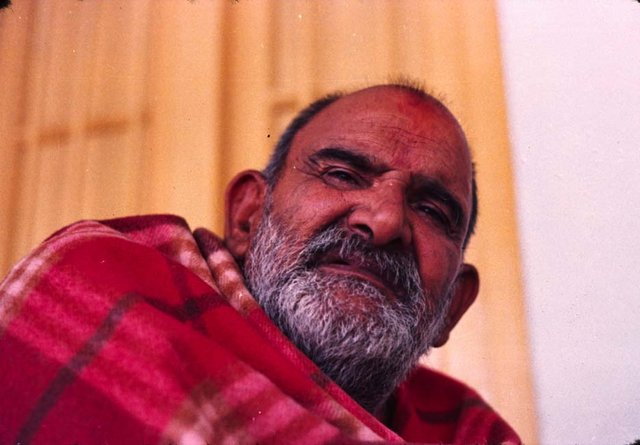 When I returned to India in Oct 2004, it was to meet with my uncle, whom I address as Jeevan Mausaji and my aunt, Pushpa Mausiji and Siddhi Ma.

I called my mother from London to find out about the whereabouts of my uncle whom I knew little about, not having bothered to keep in touch for almost 30 years. I also requested her to let mausaji and mausiji know that I would be coming to India in October and would like to meet them.

I stopped at their place en route Kainchi from Delhi and stayed with them for a few days on my return from Kainchi. Our reunion could only have been scripted by Maharajji.

There were no questions asked about my sudden interest after so many years of indifference nor any sentimental recriminations just a big welcome into their hearts and a silent understanding of what I was experiencing.